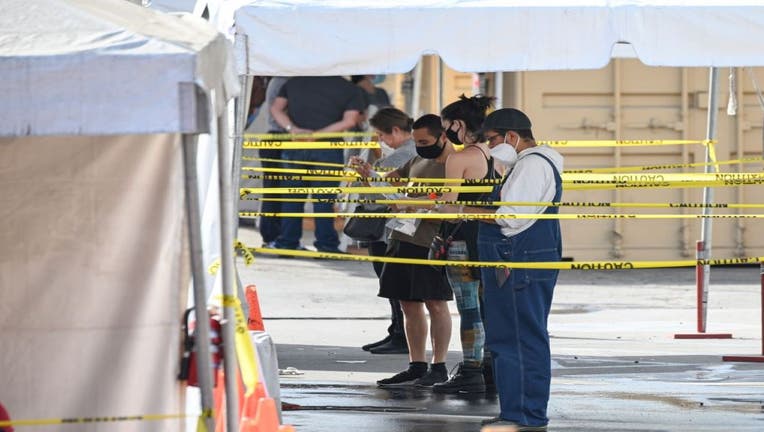 People take a self-administered coronavirus test at a Covid-19 testing site in a park in Los Angeles, California. (Photo by ROBYN BECK/AFP via Getty Images)

BALTIMORE - More than 12 million people in the U.S have contracted the coronavirus since the start of the pandemic.

The nation's total number of confirmed cases reached 12.01 million on Saturday, six days after the number had reached 11 million, according to a tally by Johns Hopkins University.

Daily numbers of new U.S. cases are approaching 200,000, less than three weeks after hitting 100,000 for the first time. The record of 195,542 new cases on Friday was the latest of several recent daily highs.

Deaths rates are getting closer to the dire numbers seen in the spring. The U.S. daily death toll exceeded 2,000 on Thursday, the first time since early May. On Friday, 1,878 deaths were reported.