The 2020 census missed an estimated 1.6 million people, but given hurdles posed by the pandemic and natural disasters, the undercount was smaller than expected, according to an analysis by a think tank that did computer simulations of the nation's head count.

The analysis, done by the Urban Institute and released Tuesday, found that people of color, renters, noncitizens, children and people living in Texas — the state that saw the nation's largest growth — were most likely to be missed, though by smaller margins than some had projected for a count conducted in the midst of a global pandemic. Still, those shortfalls could affect the drawing of political districts and distribution of federal spending.

The 2020 head count of the nation's 331 million residents last year faced unprecedented challenges from the COVID-19 pandemic, wildfires in the West, hurricanes on the Gulf Coast and attempts at politicization by the Trump administration. The census is used to determine how many congressional seats each state gets, provides the data used for drawing political districts and helps determine the allocation of $1.5 trillion in federal spending each year.

"The fact that the undercount wasn’t larger is surprising and certainly a good news story," said Diana Elliott, principal research associate at the Urban Institute. "This undercount suggests the 2020 census may not be as close in accuracy as 2010, but it may not be as dire as some had feared." 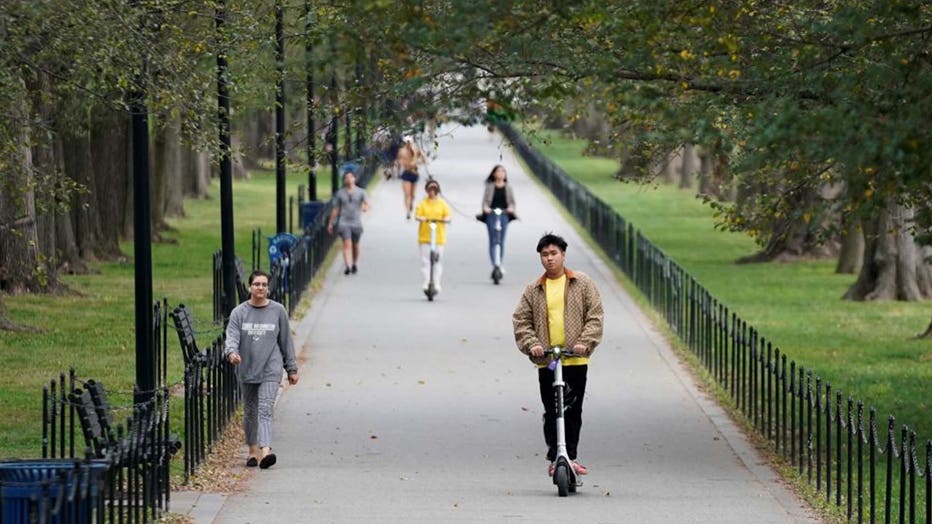 FILE - People seen outside at the National Mall in Washington, D.C., the United State.

The official undercount or overcount of the census won’t be known until next year when the Census Bureau releases a report card on its accuracy. The bureau's post-enumeration survey measures the accuracy of the census by independently surveying a sample of the population and estimating how many people and housing units were missed or counted erroneously

The Urban Institute created computer simulations that modeled the count by demographic characteristics and geography. Despite the smaller-than-expected national undercount, it showed wide ranges based on race, ethnic background, age and among U.S. states and metro areas.

There was an overcount of white residents by 0.39%, according to the Urban Institute, and undercounts of Asians, Native Americans and Hawaiian or Pacific Islanders by 0.6%, 0.36% and 1.5%, respectively.

While the national undercount in the Urban Institute model was not as bad as feared, the fact that minority groups continue to be undercounted is "unacceptable," said Cara Brumfield, a senior policy analyst at the Georgetown Center on Poverty and Inequality.

"I don’t think we can be satisfied with that," Brumfield said.

One of the nation's leading civil rights organizations, the National Urban League — not to be confused with the Urban Institute — said recently that an undercount of Black residents could rob African American communities of billions of dollars in federal funding and three congressional seats. National Urban League President and CEO Marc Morial blamed the Trump administration, which attempted but failed to add a citizenship question to the 2020 census form and tried to end the head count early.

The National Urban League has called for congressional hearings to look into the extent of political interference in the 2020 census.

"This isn’t simply an unfortunate accident," Morial said. "It’s the result of a deliberate campaign of sabotage intended to steer political influence and public resources away from communities of color."

RELATED: White House: COVID-19 vaccines for kids 5-11 to be ‘fully up and running’ next week

The Urban Institute's analysis found variations in the accuracy by geography. Among the 20 largest metro areas, the Twin Cities had the nation's highest overcount, more than 1%, and Miami had the largest undercount at about 1.7%.

Mississippi and Texas were undercounted by 1.3% and 1.28%, respectively, in the simulated count. Minnesota, Iowa, New Hampshire and Wisconsin also registered overcounts in the simulation, an unsurprising conclusion since they had among the highest self-response rates in the nation during the actual count.

About a fifth of the U.S. residents not counted in the Urban Institute's simulations, or more than 377,000 people, lived in Texas, and that could have real-life consequences. According to the Urban Institute analysis, Texas stands to miss out on $247 million in 2021 federal Medicaid reimbursements for being undercounted.

President Joe Biden's choice to head the Census Bureau, Robert Santos, was chief methodologist at the Urban Institute before his nomination last spring. He played an advisory role on the project, Elliott said.