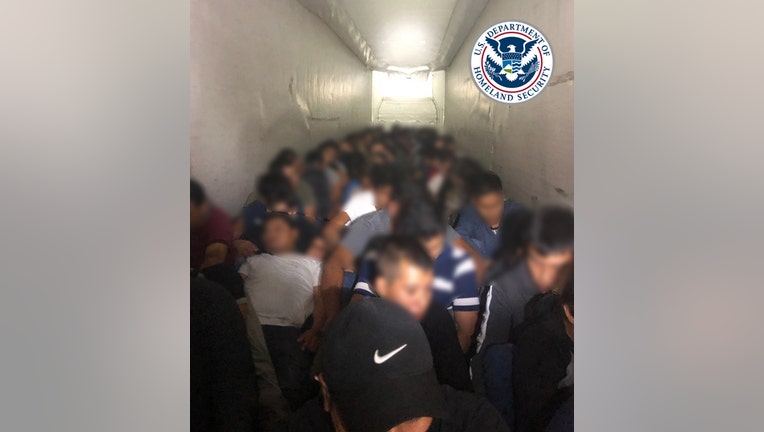 Agents with the U.S. Border Patrol who pulled over a commercial tractor-trailer at a checkpoint in Texas discovered dozens of people being smuggled, authorities said.

A Border Patrol dog alerted the agents to the truck, prompting them to search the vehicle on U.S. Highway 83 north of Laredo on Tuesday, according to U.S. Customs and Border Protection, the Border Patrol's parent agency.

Agents found 117 people from Mexico and Guatemala, all in the U.S. without permission, crammed inside the trailer, CBP said in a news release.

"Despite the threat of the global pandemic and a noted increase in COVID-19 infections among detainees, smugglers continue to endanger the lives of individuals they exploit by placing them in compromising, enclosed places without regard to temperatures, PPE, or means of escape," CBP said.

The border agents took the driver, a U.S. citizen, and the migrants into custody and seized the truck, officials said. Agents with Homeland Security Investigations then took over the case. 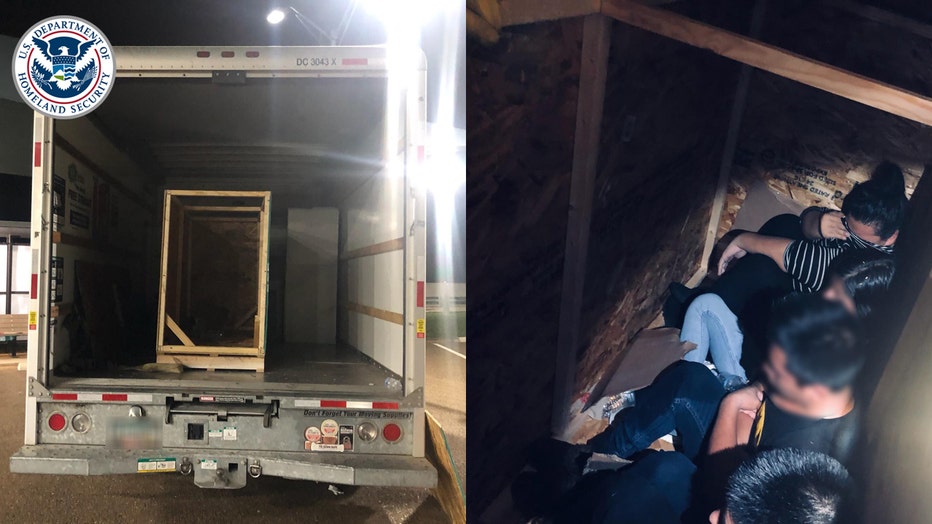 On Sept. 24, the day he took command of the sector, Hudak shared images of five people who were found hidden inside a wooden crate in a box truck inspected at the U.S. Highway 83 checkpoint.

"With no concern for their life or safety, smugglers enclosed these five people in a small box and in temperatures of over 100 degrees," Hudak said in a social post. "Smuggling activity like this, perpetrated by the smugglers and the illegal aliens, continues to put our communities, our agents, and our medical workers at greater risk to COVID-19."