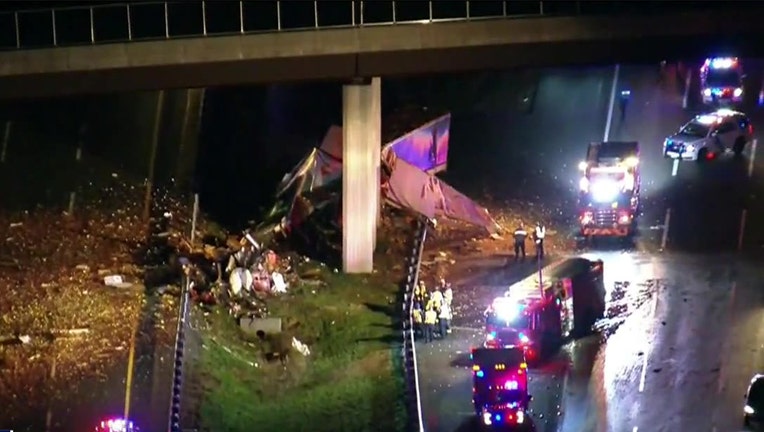 NEW JERSEY - State police on Friday were investigating after a tractor-trailer hauling watermelons crashed on the New Jersey Turnpike, killing two people and spreading its cargo over the toll road.

The accident occurred Thursday night near Exit 7A in Mercer County.

The truck ran off the highway and slammed into a concrete bridge support barrier before coming to a stop under an overpass, state police said.

Officials said the male truck driver was thrown from the truck and died. A male passenger also died. Their names have not been released.

Watermelons were scattered around the crash scene.