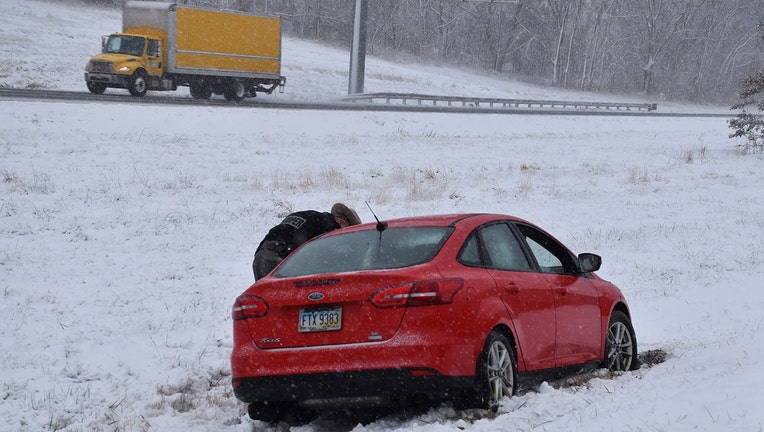 New York state troopers responded to numerous crashes on Dec. 2, 2019. This car went off I-84 in the Town of Wallkill. (New York State Police)

NEW YORK - A bus carrying about 30 people collided with a tractor-trailer on an upstate New York highway during a snowstorm.

Gov. Andrew Cuomo says there were some injuries in Monday night's crash but that they don't appear to be life threatening.

The crash happened around 7 p.m. on eastbound Interstate 90 in New Lebanon near the Massachusetts line.

All lanes of the highway were blocked as state police and local fire and EMS personnel responded to the crash and assessed the injuries.

It wasn't immediately known how many people were hurt.

Cuomo urged motorists to stay off the roads during the storm and said anyone driving should take extreme caution.

The storm has dumped more than a foot of snow on the Albany area over the last two days.