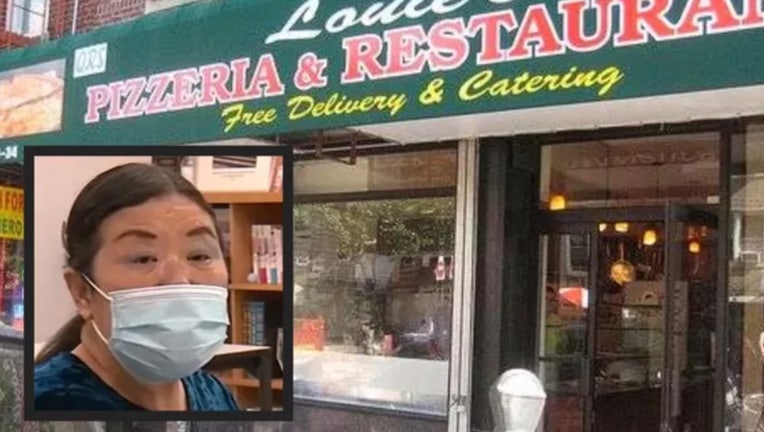 NEW YORK - People have donated nearly $100,000 to help a woman who was robbed and stabbed in Queens while she was on her way home.

It happened on March 26 in Elmhurst.  Eun Hee Chang was walking outside of Louie's Pizzeria and Restaurant when three men came up behind her.  One of them stabbed her in the back before stealing her purse.

Not realizing she was stabbed, she ran inside the Baxter Ave. pizza shop for help.

Louie Suljovic, who is also a military veteran, and his father, Charlie Suljovic, chased after the robbers.  Both were stabbed while holding them down while they awaited police to arrive.

Chang left during the commotion and went home.  It was not until her landlord saw her bleeding heavily from her back, that she realized she had been stabbed and went to the hospital.

Louie Suljovic and his dad Charlie Suljovic jumped into action when some thugs attacked and robbed a woman outside their Pizzeria in Queens.

According to a GoFundMe page, she had surgery to treat the stab wound, but afraid of missing work, she left the hospital and reported to her home health aide job the next day.

Chang has been working almost constantly since being attacked.  Organizers hope that she can use the donations for her recovery and to take time off from work.

A separate fundraising for the pizza shop owners has raised more than $734,000.