A man smashed the window at a Bronx Popeye's restaurant and stole the safe.

NEW YORK - A brazen thief used a large stone to break a window at a Bronx Popeyes restaurant, climbed in, and stole the safe.

The Mott Haven restaurant has several security cameras so the entire break-in was caught on video.

The video shows the man smashing the window on the front of the restaurant.  He then climbs inside and walks around the front, crawls into the food prep area, and then walks into the office.  He then grabs a small safe and takes off.

The man was wearing a red, white, and blue hooded Fila sweatshirt, blue jeans, and black shoes.  He remains on the loose. 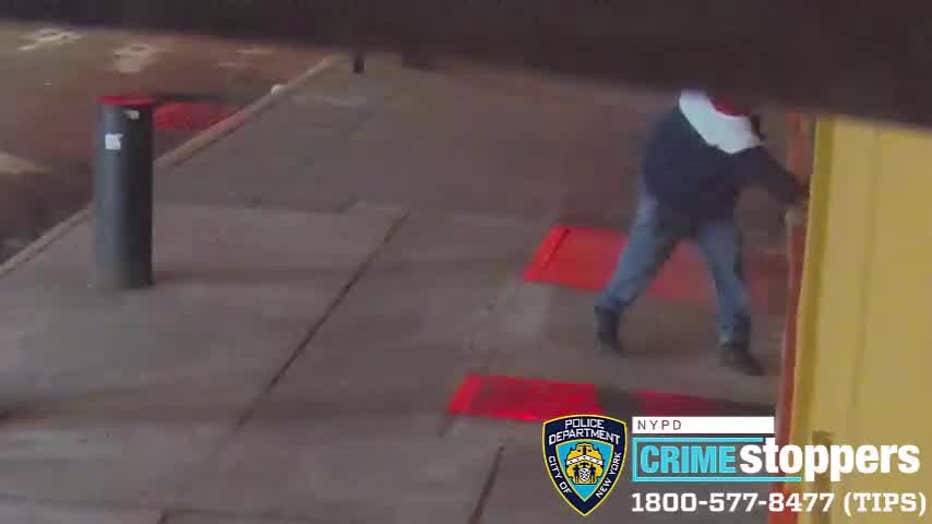 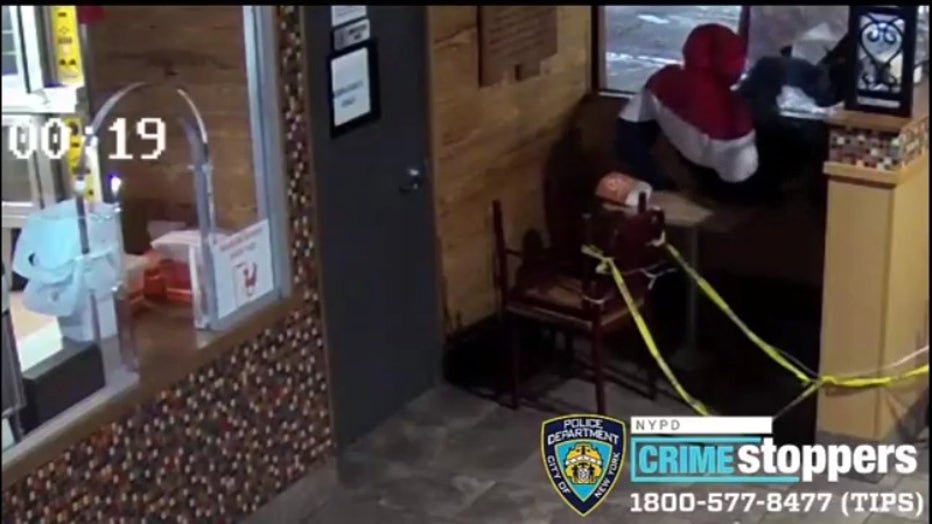 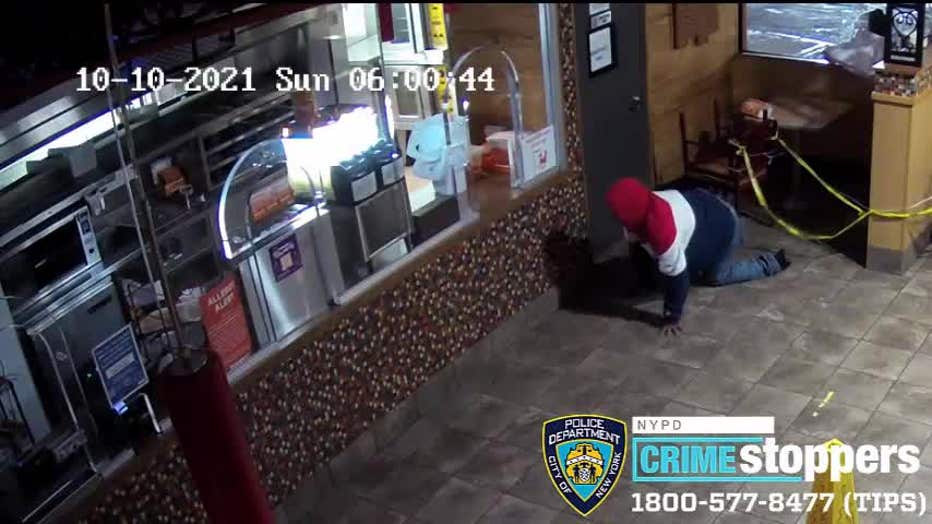 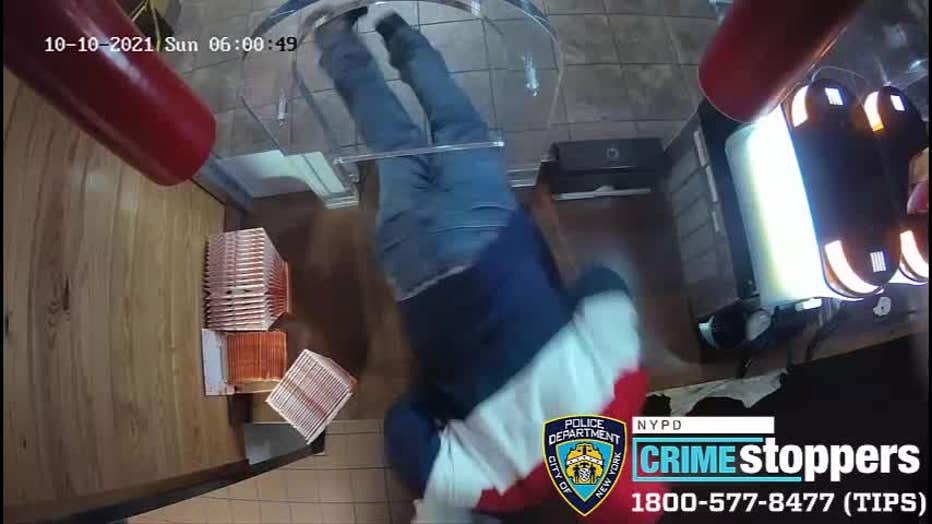