An argument between a man and a woman inside a Popeyes in the Kingsbridge Heights section of the Bronx escalated into a violent confrontation.

NEW YORK - An argument between a man and a woman at a Popeyes in the Kingsbridge Heights section of the Bronx escalated into a violent confrontation that was caught on camera. The NYPD wants to find the man who attacked the woman at the fast-food chain on June 29 at about 5 p.m.

The 25-year-old victim was ordering food when the man repeatedly punched her. The woman falls to the ground and the man continues to strike her, even kicking her and hitting her with the bag he was carrying. The man leaves the restaurant with the victim's app card worth $37, according to police.

The suspect is described as a male, approximately 30-years-old, dark complexion, 220 pounds, 6'0" tall with short dark hair. He was last seen wearing a white Nike t-shirt with the words 'Beast' on the front, grey Air Jordan shorts, black sneakers, a blue surgical mask and carrying a red bag. 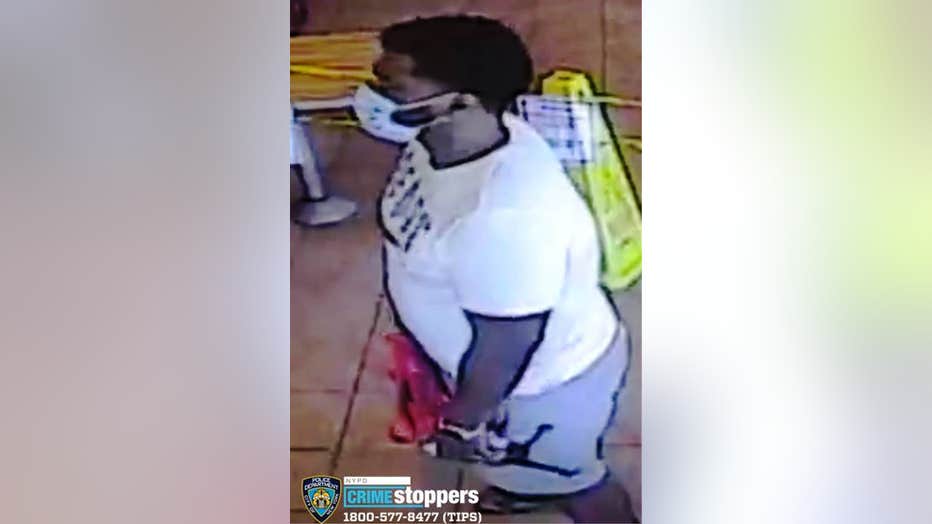