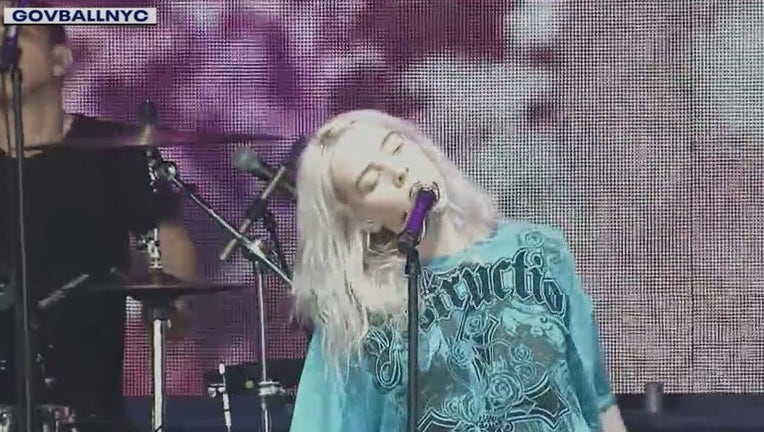 NEW YORK - New York City's music festival is back with some changes. Instead of Randall's Island, The Governors Ball will be at the Citi Field complex in Queens.

Instead of being held in the height of summer, it will be held in September. Organizers are hopeful that by then people will be ready to safely reconnect with tradition and have some fun.

The festival will be headlined by A-list stars including Billie Eilish, Post Malone, and A$AP Rocky.

Jem Aswad, Deputy Music Director for Variety, says since the outdoor event is still four months away, organizers are betting vaccination efforts will have case numbers under control by September 24 when the three-day festival is slated to begin.

Aswad also says it's very important to recognize the big named stars who are adding their names to the ticket despite the uncertainty surrounding large gatherings.

"Artists are ready to get back to work," Aswad said. "That's a real vote of confidence for the touring industry."

"Artists are ready to get back to work. That's a real vote of confidence for the touring industry."

"As more New Yorkers become vaccinated by the day, we’re proud to support arts and culture and welcome back Governors Ball and their fantastic lineup," said Mayor Bill de Blasio in a statement.

For more information and to purchase tickets:  https://www.citientertainment.com/landing/gov_ball_2021