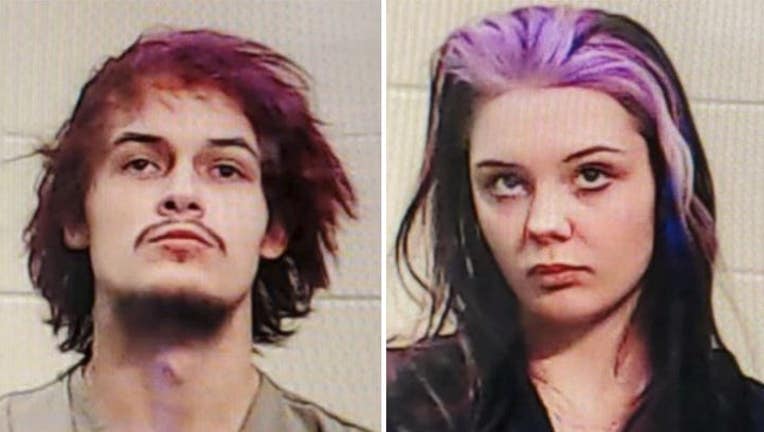 ODESSA, Texas - A Texas couple was arrested this week after officers found a dead eight-month-old baby in their apartment, police said.

The Odessa Police Department revealed the gruesome details in an arrest affidavit, saying the infant had heavy bruising and swelling to the left side of his face and head. There were also multiple, smaller bruises along the top of the dead baby’s cranium, police said.

Officers said the interior of the couple’s apartment was disheveled with what appeared to be dog feces on the floor, according to the affidavit. The couple reportedly tried to clean up some of the mess before officers arrived.

The baby’s father, 23-year-old Kameron Gammage, claimed the baby’s injuries were from the infant hitting his head on a hard portion of the interior of the crib. The affidavit said Gammage "remained unemotional and seemed to lack care about the incident throughout contact."

The mother, 18-year-old Leyla Pierson, told officers she found the infant not breathing and "frantically" went to Gammage to wake him up and tell him about the infant – but he seemed uncaring, the affidavit said.

Pierson said she told Gammage to call 911 when he asked what he should do, the affidavit said. He reportedly became apologetic to her and told her he hoped she wasn’t mad at him. Pierson also reported Gammage has "extreme anger issues and has recently killed several dogs by strangulation."

Later, Gammage admitted conceded to these anger issues, telling investigators he had been dealing with a lot of stress lately, including the infant crying, the affidavit said.

Pierson told police the couple did not seek medical attention for the bruising, and the baby became "fussy" over the next couple of days, the affidavit said.

Gammage was arrested and is now charged with capital murder as well as other charges from a separate incident. Pierson was also arrested for knowing about the injuries to the infant but neglecting to seek medical attention, police said.