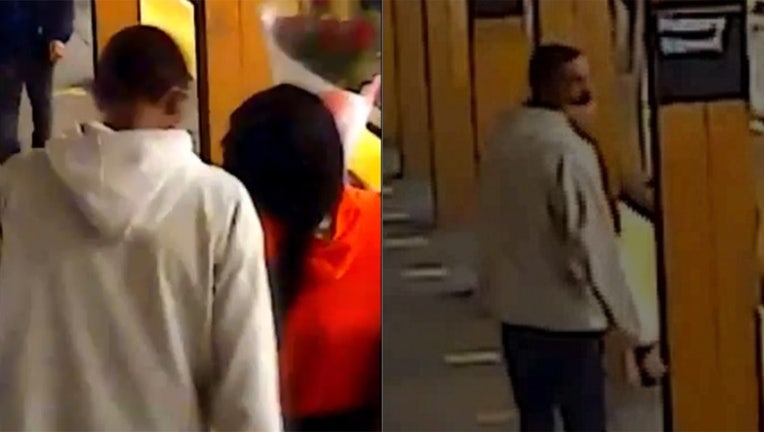 NEW YORK - A 13-year-old was attacked by a stranger armed with brass knuckles on a Brooklyn subway train.

The NYPD says it happened Wednesday, March 16th, but images of the suspect were just released on Tuesday.

The boy was on a southbound "L" train at the Halsey Street station in Bushwick, when an unidentified male individual approached him and punched him in the face, unprovoked, with brass knuckles causing a laceration to his eye.

The attacker then got off of the train and re-entered the same train a few cars down.  He has not been caught.

He is described as having a medium skin complexion, he's approximately in his 30s, 6'2" tall, has a thin build, and was last seen wearing a beige sweatshirt, blue jeans, and white and orange sneakers.