WASHINGTON - The Justice Department has charged a New York man in connection with the Jan. 6 U.S. Capitol riot after he allegedly bragged about storming the capitol to a match on the Bumble dating app.

According to the criminal complaint, a person provided authorities with a screenshot of their messages after communicating with Robert Chapman, 49, on the app. Chapman allegedly texted, "I did storm the Capitol and made it all the way to Statuary Hall."

The person then replied to Chapman, "We are not a match."

Investigators said they then identified Chapman’s face on body camera footage from the Metropolitan Police Department taken during the riot. The complaint alleges Chapman even recorded scenes from inside the U.S. Capitol on his cellphone.

According to the court filing, Chapman also made comments on Facebook and reportedly posted " "I’M F---- INSIDE THE CRAPITOL!!!" 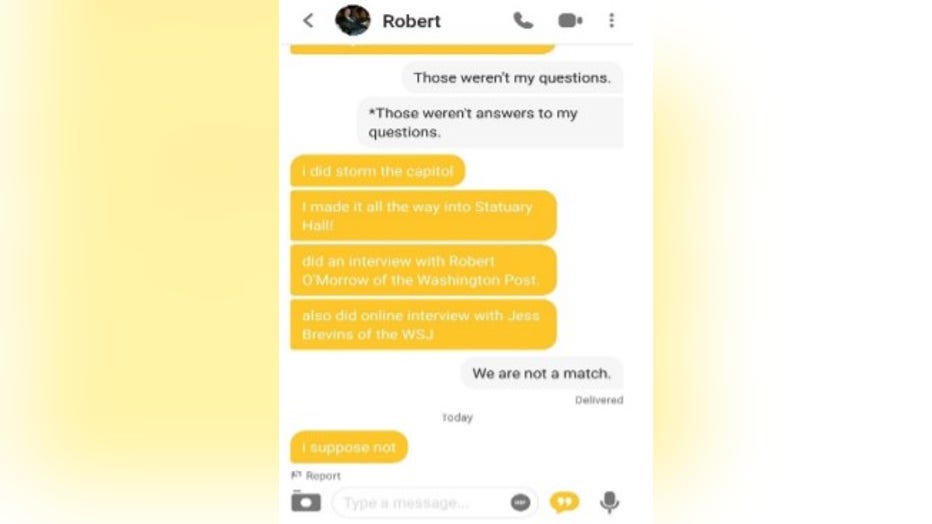 Investigators conducted surveillance on Chapman at his home in New York before his arrest.

RELATED: Some Capitol riot suspects are trying to use journalism as a defense

Chapman is charged with two counts of knowingly entering/remaining in any restricted building/grounds without lawful authority and two counts of violent entry and disorderly conduct on Capitol grounds.

FOX News reported Chapman was released on bail conditions with a preliminary hearing scheduled for May 19, according to court documents. Chapman’s attorney did not respond to FOX News’ request for comment. 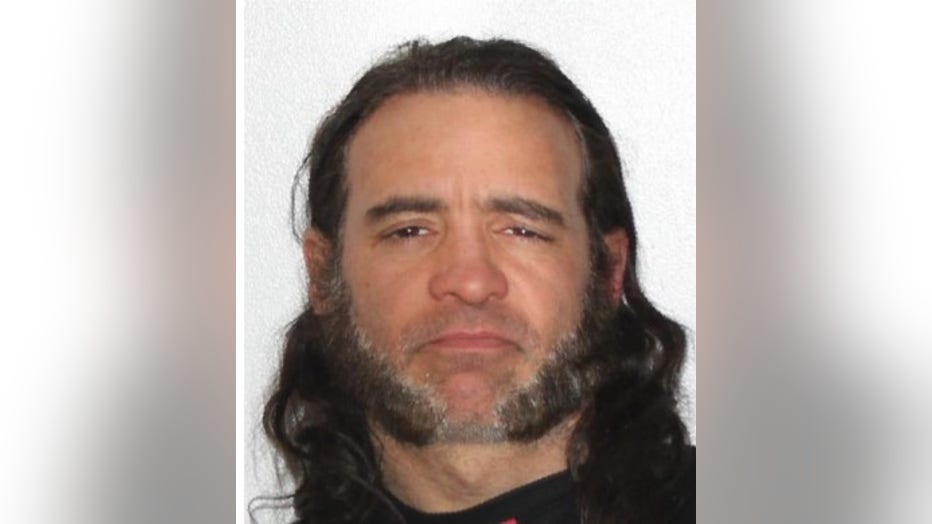 Twitter user Allison Norris posted that her friend sent information to the FBI after other suspected rioters posted about being at the U.S. Capitol riot on social media.

"I know a friend of a friend who changed her preference on Bumble to Conservative. She’s matching with MAGA bros and they’re bragging and sending her pics and videos of them in the Capitol. She’s sending them to the FBI," she tweeted.

Chapman is one of more than 300 suspected rioters charged after a violent mob loyal to former President Donald Trump stormed the U.S. Capitol and forced lawmakers into hiding in an attempt to overturn America’s presidential election, undercut the nation’s democracy and keep Democrat Joe Biden from replacing Trump in the White House on Jan. 6.

Four people died, including a woman shot by police.

Investigators initially believed the officer was hit in the head with a fire extinguisher, based on statements collected early in the investigation, according to two people familiar with the case. And they later thought the 42-year-old Sicknick may have ingested a chemical substance — possibly bear spray — that may have contributed to his death.