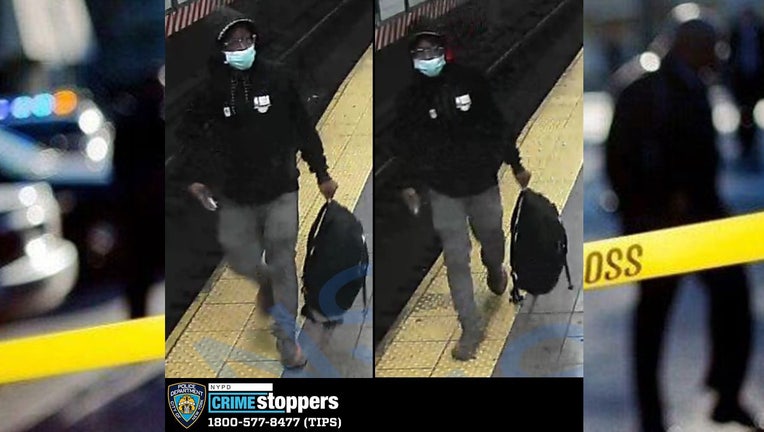 A suspect wanted in a subway robbery and knife attack near Union Square.

NEW YORK - The NYPD is on the hunt for a man behind an alleged robbery and knife attack in the New York City subway system.

According to authorities, just before 4 p.m. on Friday, the victim, a 27-year-old man was riding a southbound N train that was stopping at the Union Square subway station in Manhattan.

When the train's doors opened, the suspect grabbed the victim's bag and began to walk on the platform.

The victim followed the suspect in an attempt to get his bag, containing roughly $420 worth of construction tools and a pair of boots back, and when an argument began and the suspect took out a knife and slashed the victim in the life side of his face.

Former New York City Transit President Sarah Feinberg talks about her assault last month outside a subway station, as well as other topics including crime, transit congestion pricing and elections.

The suspect then fled the area to parts unknown.

The victim was treated at the scene for a minor laceration.

Police released surveillance images of the suspect, who can be seen wearing a black hooded sweatshirt, gray pants, glasses, and a blue surgical face mask.

Anyone with information in regard to this incident is asked to call the NYPD's Crime Stoppers Hotline at 1-800-577-TIPS (8477) or for Spanish, 1-888-57-PISTA (74782). The public can also submit their tips by logging onto the CrimeStoppers website at https://crimestoppers.nypdonline.org/or or on Twitter @NYPDTips.