The NYPD is investigating after a New York City Subway train conductor was struck in the head with a plastic bottle on the Upper West Side on Friday morning.

NEW YORK - A female New York City subway conductor was hit in the face with a plastic bottle on the Upper West Side.

The assault took place at the 81st Street "B" train station during the morning rush. Police responded, and the woman was taken to the hospital for treatment and evaluation.

No word on her injuries.

The suspect is still on the loose.

According to MTA stats, this is the 151st reported incident of assault and/or harassment on a transit employee in the last 4 weeks. 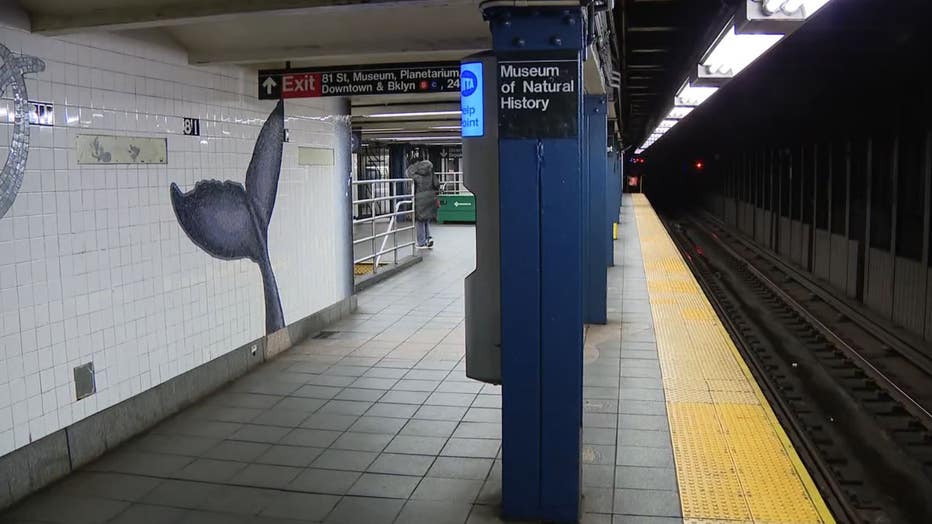