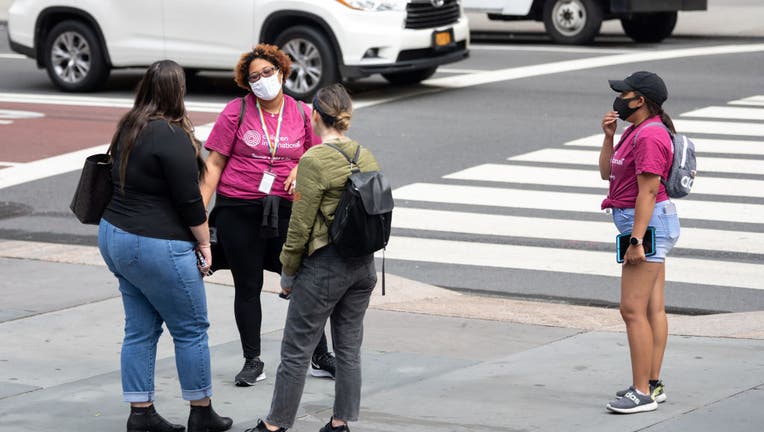 Canvassers wearing masks talk to people on the street on September 25, 2020 in New York City. (Photo by Alexi Rosenfeld/Getty Images)

Over 90 percent of American adults have never formed antibodies against coronavirus and fewer than 10 percent of those with antibodies were diagnosed, according to research published Friday.

Using data from 1,300 dialysis centers in the United States, the study, published in The Lancet, says that fewer than 10 percent of the US adult population have virus antibodies, leaving the overwhelming majority of the population still vulnerable to infection.

The study found that, as has been previously reported, Black and Hispanic communities were hit harder by coronavirus, as well as people living in more densely-populated areas.