On Tuesday, President Biden held a press conference to update his administrations COVID-19 response as well as taking reporter questions.

ROME - A nurse at a hospital in Italy accidentally gave a 23-year-old woman four doses of the Pfizer-BioNTech COVID-19 vaccine all at once, though the patient didn’t suffer any apparent adverse reaction, according to news reports.

The incident was reported Sunday at a hospital in the town of Massa in northwestern Tuscany. Italian health authorities initially said the woman had received six doses, but later clarified on Tuesday that it had actually been four doses of the vaccine, the Agence France-Presse reported.

The Pfizer vaccine is packaged as a concentrate that must be diluted with saline solution. The nurse failed to dilute the doses and accidentally injected the patient with three more than intended, according to the news outlet.

Italian health authorities said the correction to four was "important" because Pfizer has previously studied the simultaneous injection of four doses, AFP reported. The testing found no "particular consequences" for patients, according to the news outlet. 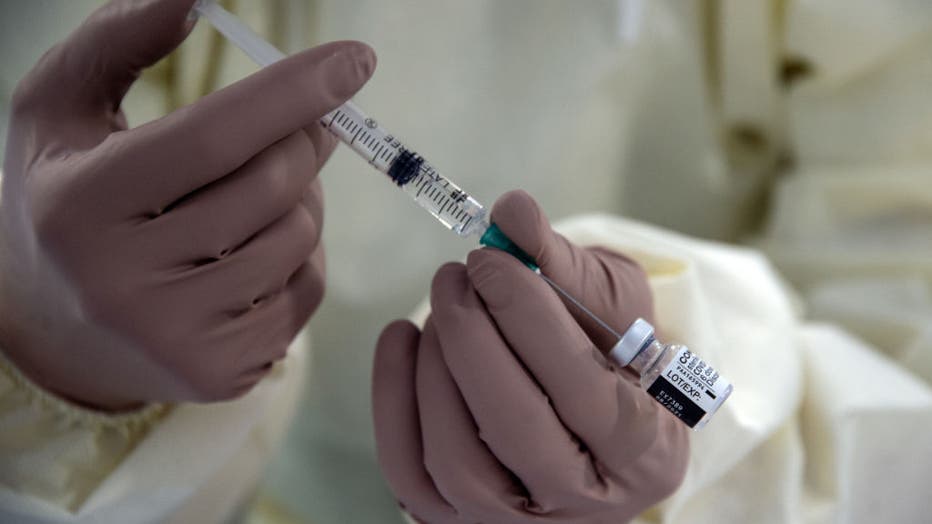 FILE - A dose of the Pfizer-BioNTech COVID-19 vaccine is prepared on May 3, 2021 in Naples, Italy. (Photo by Ivan Romano/Getty Images)

The woman who received the injection, identified as a clinical psychology intern named Virginia in a local newspaper, was held for observation immediately after the mistake was noticed. She was discharged after 24 hours and "is feeling fine but is still closely monitored," the AFP reported, citing the Italian health authority.

The woman told the local newspaper Corriere della Sera that after the injection, she had a headache, felt exhausted and shivered — but said she had no plans to press charges.

"These things can happen, we all make mistakes, no harm was meant," she told Corriere della Sera.

The Italian health authority blamed the mistake on human error, saying the nurse was "stressed," and that it was working to make sure it could not happen again, according to AFP.

Italy recently hit its target of administering half a million jabs in one day, now averaging about 470,000 daily vaccinations, according to data compiled by Italian outlet Rai News. The country has sped up its vaccine campaign and will open eligibility to anyone 40 and up in several regions starting on May 17.

Overdoses of the Pfizer-BioNTech COVID-19 vaccine have been reported elsewhere, including in the United States.

In April, 77 Iowa prison inmates were given higher doses of the Pfizer shot — thought to be up to six times the normal amount. The Iowa Department of Corrections said the inmates were notified once the error was realized and closely monitored. They showed only side effects commonly associated with the vaccine, including soreness at the injection site, body aches, fatigue and fever, department spokesman Cord Overton said at the time.