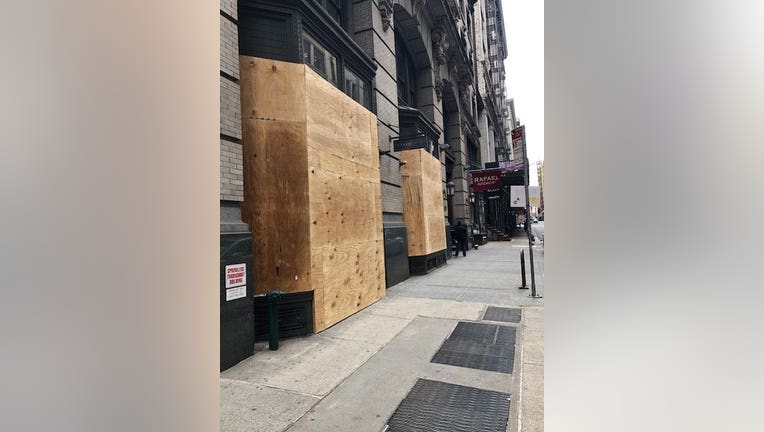 NEW YORK - A growing scene for those who venture out into the streets of Manhattan these days is boarded up storefronts.  From luxury retailers to small bars, establishments that have no idea when they are going to be allowed to reopen are putting up protection over their glass doors and windows.

The businesses have taken the unsightly measure in an effort to defend against the potential for civil unrest caused by the coronavirus and a lack of officers on the streets.

Mayor Bill de Blasio ordered bars and restaurants closed except for takeout service in mid-March.  Most stores were also ordered to shut down.

Now, from Lower Manhattan to the Upper East Side, outlets are boarded up.  At least a few have offered makeshift messages of hope. 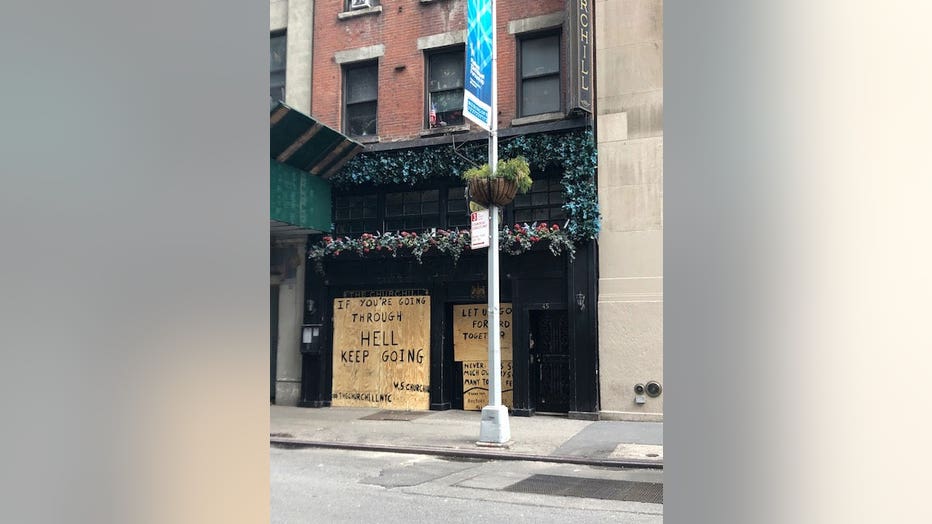 Posted on a pub at 28th and Park the message "let us go forward together" is painted on some of the plywood.  Another message is painted next to it saying, "if you're going through hell keep going."

The NYPD has reported that crime in the city has actually dropped since the coronavirus outbreak has limited people on the streets. 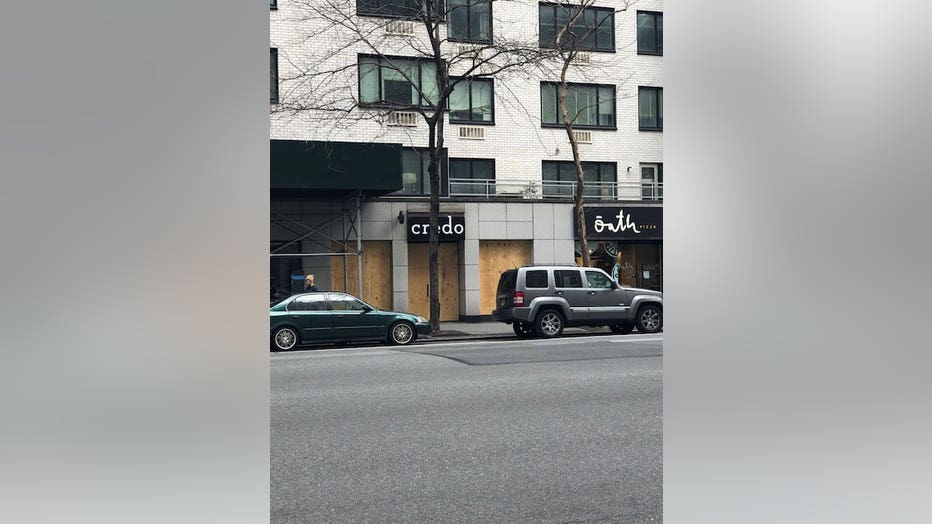 As the number of NYPD officers are added to the sick list or test positive to coronavirus, there are questions on the ability to effectively fight crime.

In New York, Gov. Andrew Cuomo said the Empire State will do "whatever we have to do" in response to a growing number of city police officers who have called out sick.