Hospitals all over the U.S. are trying to cope with an influx of patients. States are reimposing some restrictions to slow the spread.

WASHINGTON - With more shutdowns looming and a vaccine months away from wide distribution, governors across the U.S. are pleading for more help from Washington ahead of what is shaping up to be a bleak winter.

Renewed restrictions on indoor businesses, the coming end of unemployment benefits for millions of Americans and overloaded hospitals have led governors to paint a dire picture of the months ahead unless the federal government steps in with more money and leadership to help them shore up their damaged budgets and beat back the resurgence of the coronavirus.

Between now and June 2022, state and local governments could be facing a shortfall or $400 billion or more by some estimates.

Casey Katims, federal liaison for Washington Gov. Jay Inslee, said there is a “dire and urgent need for congressional action to support workers and families.” He said the state is facing a significant budget shortfall because of the pandemic and can't wait until President-elect Joe Biden is sworn in Jan. 20.

“We need help by the end of this year,” Katims said.

Illinois Gov. J.B. Pritzker signed a budget over the summer with a $5 billion deficit, which he and lawmakers assumed would be covered by a second federal coronavirus relief package that has not materialized.

“Every state ... every city is suffering from failure of revenues because of COVID-19," said Pritzker, a Democrat. “The federal government is really the only resource that we all have to turn to.” 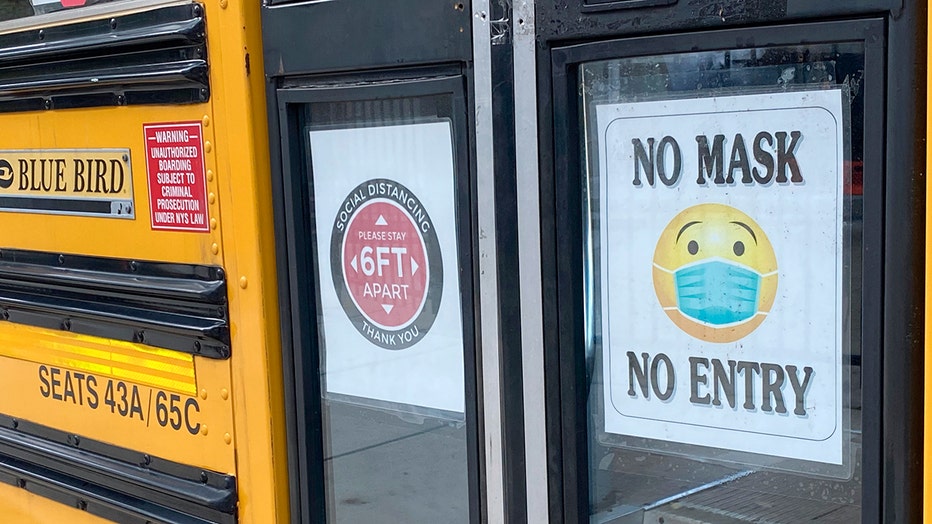 On Tuesday, Pritzker was scheduled to join other governors of Great Lakes states — Democrats and Republicans alike — in calling for help with testing, contact tracing and hospital staffing, in addition to more money for businesses, schools and the unemployed.

The cost of distributing tens of millions of doses of a vaccine in 2021 is also emerging as a major concern for governors. The Association of State and Territorial Health Officers and the Association of Immunization Managers have called on Congress to provide $8.4 billion for vaccine distribution.

A new infusion of federal money does not appear to be on the way anytime soon. A lame-duck session of Congress and a presidential administration on its way out have chilled the prospects for a deal.

Congressional Democrats and Republicans generally say a new stimulus bill is needed, but they disagree on the scope of it. Some Republicans are opposed to another round of checks directly to most taxpayers, and some don’t want Washington to “bail out” state and local governments that had financial struggles before the pandemic.

On Tuesday, Senate Majority Leader Mitch McConnell said the Democrats' approach includes “huge sums of money for state and city governments with no linkage to demonstrated COVID needs” and comes as tax revenues in some states are ahead of where they were at this time in 2019.

“But Democrats still want coronavirus relief for the entire country held hostage over a massive slush fund for their own use," the Kentucky Republican said.

The virus is blamed for almost a quarter-million deaths and over 11 million confirmed infections in the U.S.

State and local governments have been pushing for more federal help since spring, when Congress and President Donald Trump agreed to a series of measures worth nearly $3 trillion to deal with the outbreak.

The aid included a big boost, since expired, to weekly unemployment benefits, along with grants and loans for businesses and assistance to state, territorial, local and tribal governments.

Nearly a dozen COVID-19 vaccine candidates are in final-stage testing. Some of them take different approaches. (Video: The Associated Press)

States have used the money for testing and contact tracing, assisting businesses, helping residents with utility bills and rent and expanding broadband access for students attending school remotely. But they have not generally been allowed to use it for one of their major needs: replacing declining tax revenue to keep regular government services running.

The needs have become more urgent as the virus rampages across virtually every state. California and Texas each have exceeded 1 million cases. California Gov. Gavin Newsom this week barred indoor restaurant dining and imposed other restrictions.

As intensive care units fill up, some Republican governors once reluctant to impose mask mandates have reversed course, and some cities and states are threatening fines against businesses that violate restrictions on social gatherings.

Biden this week called for Congress to immediately adopt a version of a $2.4 trillion stimulus bill passed by the House, but not the Senate, in May: “This is about keeping Americans afloat.”

A vaccine appears to be on the horizon after two companies announced that early trials show their versions are at least 90% effective. But the powerful freezers needed to store the doses, protective equipment for the workers and the task of getting the vaccine into every community and administering the shots are becoming logistical and financial challenges.

The Center on Budget and Policy Priorities estimates that state, local, territorial and tribal government budgets will be short collectively by $275 billion to $415 billion through June 2022 if they use all their reserve money to help deal with the virus. Moody’s Analytics said that for states alone, the shortfall could range from $196 billion to $396 billion, depending on how bad the virus outbreak gets.

Kansas Gov. Laura Kelly, a Democrat, said she is pushing the state’s GOP-dominated congressional delegation for more federal help. She said that Kansas is on course to award federally funded grants totaling $57.5 million to about 3,000 businesses, but that twice as many have applied for help.

“We’re looking at the basics of infrastructure in public safety and in public health, in mental health, in education and in every other kind of critical public service provided by state and local governments,” Kelly said.