Starbucks will raise the starting rate for baristas in all markets to at least $12 per hour and up to or above $15 in some areas in addition to increasing the wages of hourly employees hired on or before July 2021 by 5% in October, according to a company spokesperson.

Tenured employees will receive a 6% wage increase, the spokesperson said.

More than half of Starbucks’ hourly employees across the United States already make $15 or more per hour — with pay rates ranging from state to state and dependent upon role, tenure, labor market and cost of living.

RELATED: Report: Full-time minimum wage workers can only afford rent in 7% of US counties

In December 2020, Starbucks gave all baristas, supervisors and cafe attendants an increase of at least 10%. At the same time, the company increased starting wages by 5% and increased the amount Starbucks pays over the local minimum wage in all markets.

Rossann Williams, the president of Starbucks’ company-owned US stores, planned for all stores to reach a minimum wage of $15 in the next two to three years. 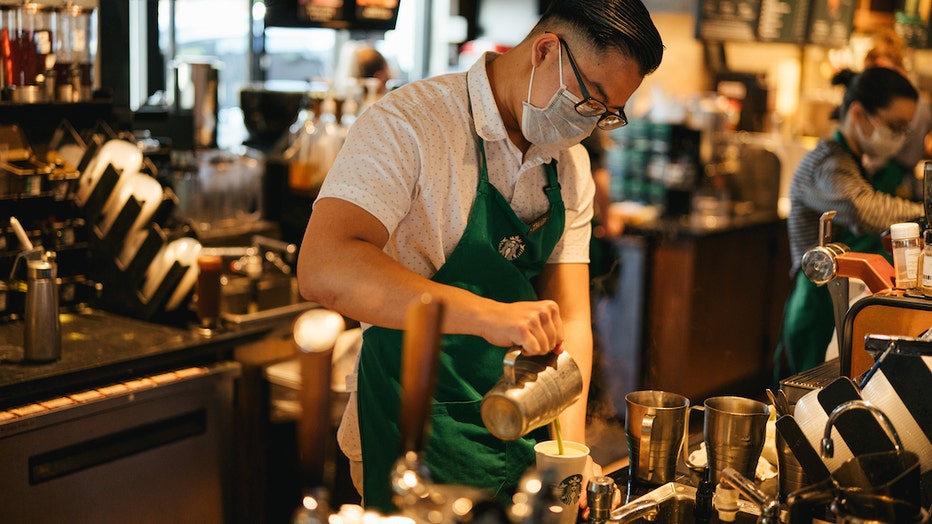 More than half of Starbucks’ hourly employees across the United States already make $15 or more per hour.

The October move accelerates the company’s plan, slated to be completed in January 2022.

Wage increases in chain companies are increasingly popular during the pandemic as workers advocate for higher, living wages. In May, Chipotle raised hourly wages to bring the average pay up to $15 an hour — $2 more than the company’s current average of $13.

McDonald’s also raised wages by nearly 10% in company-owned stores since the beginning of the pandemic.