The Special Counsel’s Office confirmed to FOX Television Stations Friday that it has opened up a “case file” on Trump and his campaign.

Pascrell asked the office for a probe of the matter after reports that the Trump campaign was using White House resources. The Hatch Act, passed in 1939, prevents certain federal employees in the executive branch from engaging in some forms of political activity.

Pascrell wrote a two-page letter to Special Counsel Henry Kerner, “urgently demanding an explanation of whether Donald Trump and members of the executive branch are breaking the law on Election Day.”

RELATED: Who won the election? Biden inches closer to White House by pulling ahead in Georgia, Pennsylvania

Pascrell further explained that he received reports suggesting that Trump was using space within the the Eisenhower Executive Office Building as a campaign “war room.” The congressman added that Trump is expected to get briefings from campaign officials inside the the White House residence and Oval Office.

Pascrell asked Kerner to answer the following questions by Nov. 6:

-“Please explain how Donald Trump’s actions on November 3, 2020 do not violate the Hatch Act, including if Trump put executive branch officials at risk of violating the law.”

-“Please detail if your office was consulted on the decision to use space inside the Eisenhower Executive Office Building as a campaign ‘war room.’”

-“Does providing the President campaign updates in the Oval Office, residence, any part of  the White House or any executive office building violate the Hatch Act? If not, please explain.”

-“How did Donald Trump’s campaign install its own technological equipment, including WiFi and computers, in the White House? What officials were consulted to ensure there was no risk to national security?”

-“Please name every individual that was involved in reviewing and approving the decisions by the Trump Campaign to turn the White House into a campaign headquarters.” 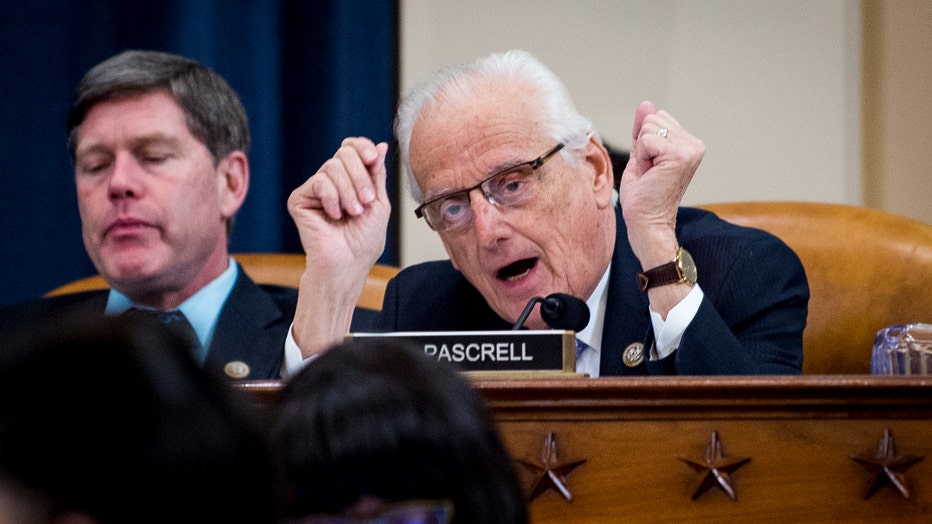 This criticism of Trump’s campaign activities utilizing White House and federal resources isn't new, but it's intensified in recent months. The administration, which came under fire for using the White House as a backdrop for the president’s acceptance speech at the Republican National Convention, has insisted it is adhering to the law known as the Hatch Act.

“The Trump administration takes the Hatch Act seriously and all events are conducted in compliance with the law,” White House spokesman Judd Deere said.

But already, at least one member of the administration has run afoul of the decades-old law in recent months.

The Office of Special Counsel, led by a Trump appointee, concluded in October that Agriculture Secretary Sonny Perdue violated the law at a North Carolina event in August where his remarks in support of the president devolved into crowd chants of “four more years.” Perdue was ordered to reimburse the government for costs associated with the trip.

“He turned an official event into a campaign one,” by tying aid to farmers to reelecting Trump, said Jordan Libowitz, communications director for Citizens for Responsibility and Ethics in Washington, which filed complaint with that federal office over Perdue's appearance.

Secretary of State Mike Pompeo could be next.

Two New York Democrats, Reps. Eliot L. Engel and Rep. Nita Lowey, said in late October that the same office was investigating the speech that America's top diplomat made to the GOP convention from Israel. The office declined comment and the State Department noted that a previous Hatch Act complaint against Pompeo was dismissed.

That Pompeo speech was among a number of appearances, including one in September in Wisconsin, that appeared to many observers to cast aside a long tradition of avoiding partisan politics by secretaries of state.

Energy Secretary Dan Brouillette in the weeks leading up to the 2020 election visited southwestern Pennsylvania -- a swing area in one of the most important battleground states -- for at least the third time since August. In an area closely tied to fracking, Brouillette didn’t mention Democratic presidential nominee Joe Biden by name but warned that efforts to develop renewable energy to address climate change could threaten “every form of energy besides renewables.”

Environmental Protection Agency chief Andrew Wheeler made repeated trips to closely contested Michigan, including one to announce $2 million in grant funding, where he criticized the Obama administration's response to the lead contamination crisis in Flint.

Education Secretary Betsy DeVos made frequent visits to pivotal states such as Florida, Texas and Wisconsin, for discussions of efforts to reopen schools closed by the coronavirus pandemic and to promote school choice, an issue that Trump has focused on in hopes of appealing to Black voters. The announcement of her appearance at a late-October “Moms for Trump” rally in Detroit referred to her as the “Honorable Betsy DeVos," not as education secretary for a clearly political event.

Acting Homeland Security Secretary Chad Wolf was in South Texas in October to mark completion of 400 miles of border wall, one of the central themes of the Trump 2016 campaign. Wolf also has drawn scrutiny by holding news conferences in Pennsylvania and elsewhere to announce relatively minor immigration operations. American Oversight, in a letter, urged the Office of Special Counsel to investigate Wolf and other DHS officials.

Veterans Affairs Secretary Robert Wilkie has traveled to a host of presidential and Senate battleground states in recent months, mixing in dedication ceremonies and other official business with a “fireside chat” and praise of vulnerable GOP incumbents. His activity has received criticism from congressional Democrats.

Other examples include national security adviser Robert O'Brien traveling to Minnesota and Wisconsin in October to discuss trade; senior Trump adviser Stephen Miller holding a conference call with reporters and speaking “in his personal capacity” to discuss immigration policy; and Kayleigh McEnany doing double duty as White House press secretary and “Trump 2020 campaign adviser," as she was described in an October appearance on “Fox & Friends.”

Hatch Act violations can be referred to the Justice Department for a criminal investigation, but more typically result in administrative penalties.