The Town of Islip recently cited Sloth Encounters for violations including a lack of fire extinguishers and carbon monoxide detectors and for operating with an old permit from when the business was a pool supply store.

HAUPPAUGE, N.Y. - Snuggly sloths sleep inside a storefront in a habitat meant to simulate the jungles of Costa Rica where they're originally from.

"They have a lot of room, a lot of food, the best veterinarian, they're treated amazingly," said Larry Wallach, an animal specialist at Sloth Encounters, which opened in Hauppauge this summer. People can pay to learn about, interact with and feed the animals.

But activists argue sloths belong in sanctuaries not stores. More than a dozen rallied outside Islip Town Hall calling for the exhibit's closure, saying it violates town code.

"Wild animals belong in the wild or in a reputable sanctuary, not next to an ice cream shop being exploited for money," said John Di Leonardo, the president of Humane Long Island.

The Town of Islip recently cited Sloth Encounters for violations including a lack of fire extinguishers and carbon monoxide detectors and for operating with an old permit from when the business was a pool supply store.

"When you have a permit for use for a parcel and you come in and change it to something dramatically different, you have to apply for a change of use permit," Town of Islip Supervisor Angie Carpenter said. "At this point if they're operating they're doing so illegally." 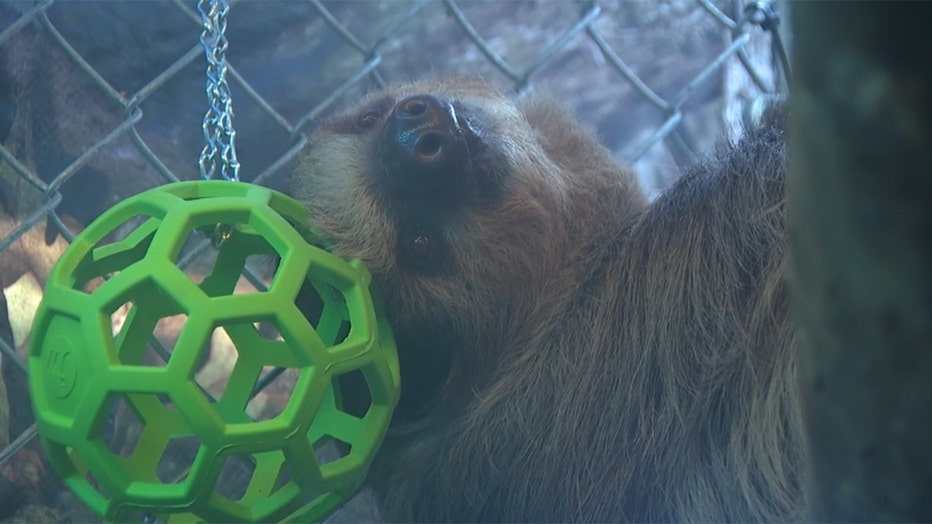 Wallach, who calls himself an exotic animal specialist, has permits from the U.S. Department of Agriculture and the Suffolk County Department of Health. He said he is taking care of the violations.

"If I was so bad the doors would be locked," he said.

Dueling petitions both for and against Sloth Encounters are receiving signatures on social media.

"We have two reports from people who went to Sloth Encounters who were allegedly bitten," Di Leonardo said.

"We have hundreds of happy people," Wallach said. "I don't know what else to say."

The town attorney told FOX 5 NY that Sloth Encounters has until Aug. 29 to rectify the violations otherwise they will have to appear in court.