6 pedestrians killed by vehicles in NYC in 3 days

A rash of fatal collisions involved pedestrians or bicyclists has claimed six lives in just 72 hours.

NEW YORK - One cyclist and five pedestrians in New York City are dead after several fatal collisions in just 72 hours. Three of the pedestrians were hit by box trucks, one by a car and one by a garbage truck.

In the most recent incident, a 57-year-old man was struck and killed just after 6 a.m. by a box truck and two cars on 7th Street and Third Avenue in Gowanus, Brooklyn, said police.

Approximately 90 minutes earlier, a private sanitation truck was trying to make a left onto West 49th Street and 10th Avenue in Manhattan when it struck a pedestrian.

3 pedestrians killed in 24 hours in NYC

In the most recent incident, a private sanitation truck hit a man crossing West 49th Street and 10th Avenue.

In both cases, the men were walking outside the crosswalk, said police.

The driver in the accident on 49th Street and 10th Avenue has been charged with Failure to Yield and Failure to Exercise Due Care.

Police have closed several streets and traffic was at a standstill in Hell's Kitchen as the morning rush got underway.

On Thursday, in less than two hours, two pedestrians were struck and killed by box trucks in separate incidents.

A truck driver trying to back up, struck a 26-year-old woman trying to cross Broadway and Howard Street in SoHo killing her just before 5 p.m.

About 90 minutes later, a box truck crashed into an Brendan Gill, 85, as he was trying to cross Third Avenue and 39th Street.

He was rushed to NYU Langone in traumatic arrest where he was later pronounced dead. 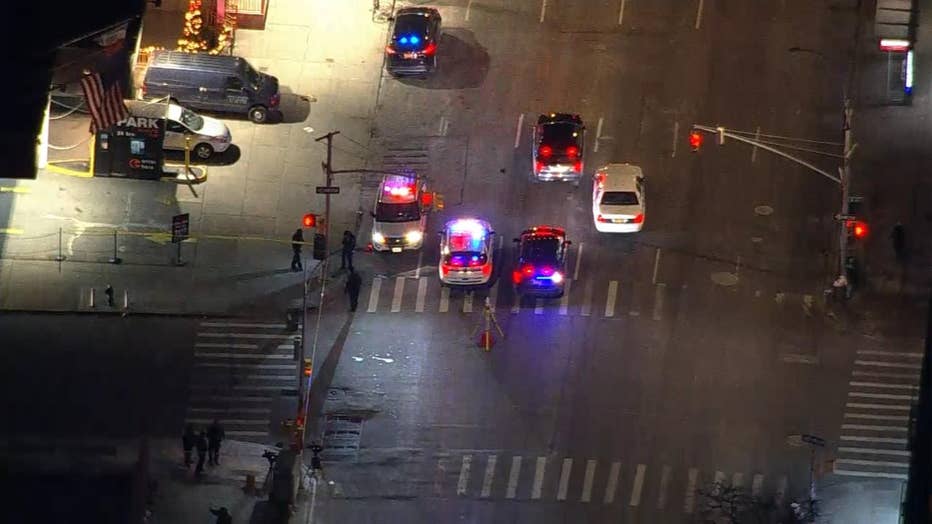 So far this year, there have been 114 pedestrian fatalities in the city, four more than 2018 in the same time period.