String of shootings in NYC

Five separate shootings wounded a dozen people in the span of nine hours on Tuesday in New York City.

NEW YORK - The NYPD is investigating several shootings that rattled neighborhoods in four boroughs on Tuesday.

12 people were shot. Half of the victims in the shootings were innocent bystanders, police said.

There were two shootings in Harlem. One happened around 11:45 p.m. in the area of 116th St. and Frederick Douglas Blvd. A group of people was standing there when a man walked up and opened fire. 4 men were shot. All survived and were taken to two hospitals. The gunman was not arrested.

Two people were having an argument inside a store on 125th Street in Harlem when one pulled out a gun and fired, FOX 5 NY has learned. A 20-year-old man and a 48-year-old woman were both hit, a source said. The 48-year-old woman was a street vendor who was hit by a ricochet, according to the source.

The victims suffered leg wounds and are expected to survive, police said.

Cops are looking for two people who fled on a scooter. 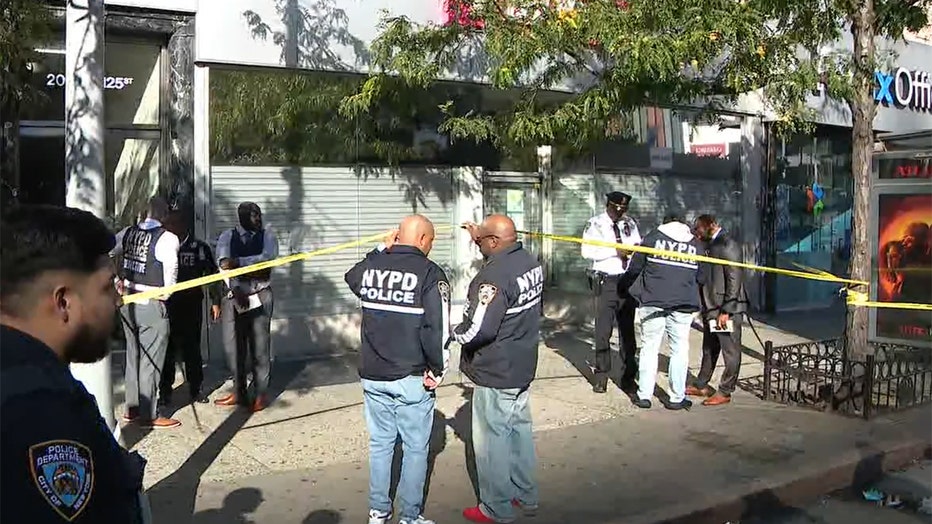 About three hours later, police officers responded to a shooting at a park in Queens.

Cops found two teens and two adults wounded by gunfire at a skate park on Atlantic Avenue and 88th Street in Ozone Park.

Detectives do not believe any of the victims was the shooter's intended target.

The NYPD is investigating several shootings that rattled neighborhoods in four boroughs on Tuesday. Most victims in the shootings were bystanders, police said.

A man was shot in his right arm at about 7:50 p.m. in Brooklyn, police said. The shooting happened at the intersection Ralph Avenue and Jefferson Avenue in the Brownsville section. The victim was taken to Brookdale Hospital and is expected to recover, police said.

Gunfire broke out just after 8 p.m. in the St. George section of Staten Island.

Police said a "male was shot" and is expected to survive. The shooting happened in the area of Daniel Low Terrace and Fort Hill Circle.

Authorities didn't have any further information.

4 men were shot just before midnight, capping a violent day in NYC that left 12 people shot in around 9 hours.