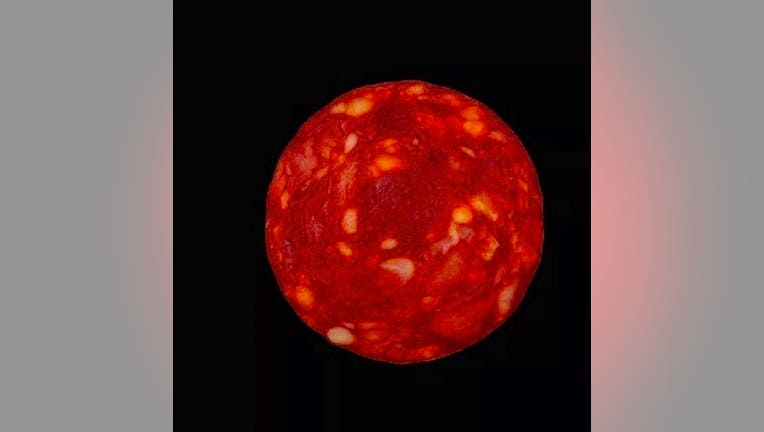 A world-renowned French scientist has apologized after it was revealed that a photo he claimed was a star captured by the James Webb Space Telescope was actually a slice of chorizo.

Klein had said the photo was of Proxima Centauri, the closest star to the Sun, located just 4.2 light years away.

"This level of detail," he tweeted. "A new world is unveiled everyday,"

The photo, which seemed legitimate at first, shows a deep red disk with swirling white colors set against a black background.

But in a series of follow-up tweets, Klein revealed that the photo was not of a star, but actually of a slice of chorizo, a type of spicy sausage from Spain.

"According to contemporary cosmology, no object related to Spanish charcuterie exists anywhere else other than on Earth," he said.

But after furious backlash online, Klein apologized for the apparent hoax, telling French news outlet Le Point that his intention had been to raise awareness about fake news online.

Earlier this week, he tweeted a genuine photo of the Chariot Wheel galaxy.