NEW YORK - Rockland County has issued a Stage II water emergency beginning Thursday due to dry conditions that have led to low water levels in the Ramapo River, one of the main water supply sources for the county.

"Dry conditions have led to unprecedented flow levels in the Ramapo River which is limiting the use of Veolia’s Ramapo Valley Well Field, a significant source of water for Rockland residents," the county said in a statement. "Rockland encountered a similar issue in 2016 and out of an abundance of caution, in tandem with recommendations from our water suppliers, the County is taking proactive measures to preserve water usage."

The restrictions include that water will not be served in restaurants unless the patron requests it, water will not be able to be used to wash any paved surfaces except in emergencies, along with encouraging residents to use water efficiently indoors.

Homeowners are being asked to only water their lawns twice a week and only on certain days, between 2 a.m. and 6 a.m. for automatic, in-ground sprinklers and between 5 p.m. and 9 p.m. for manual or hose-fed sprinklers.

Flower gardens, vegetable gardens, and landscaped areas can be watered during specific hours every other day of the month, also between 2 a.m. and 6 a.m. for automatic, in-ground sprinklers and between 5 p.m. and 9 p.m. for manual or hose-fed sprinklers. 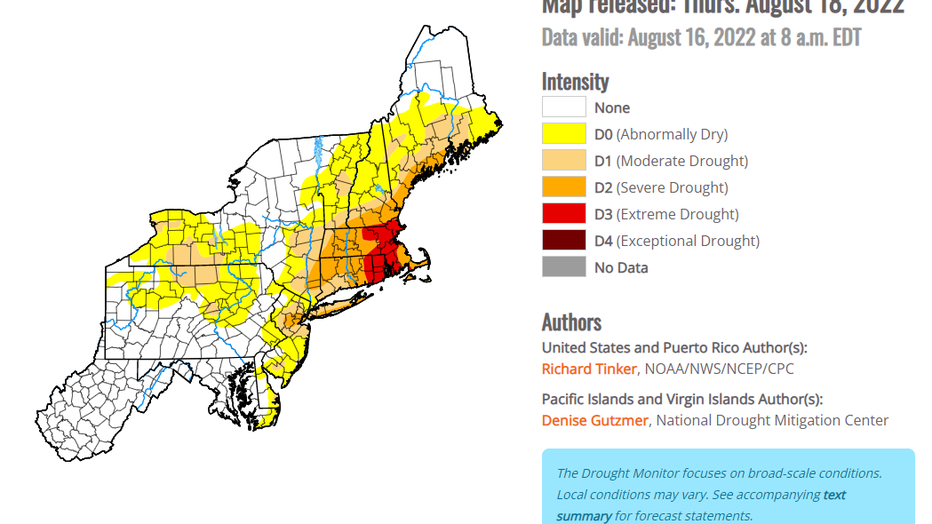 According to the University of Nebraska-Lincoln's U.S. Drought Monitor, Rockland County isn't the only one in the state facing unusually dry conditions. Much of New York City, the lower Hudson Valley, northern New Jersey, and all of Long Island are currently in drought conditions, with all of Connecticut considered to be experiencing a moderate to severe drought.