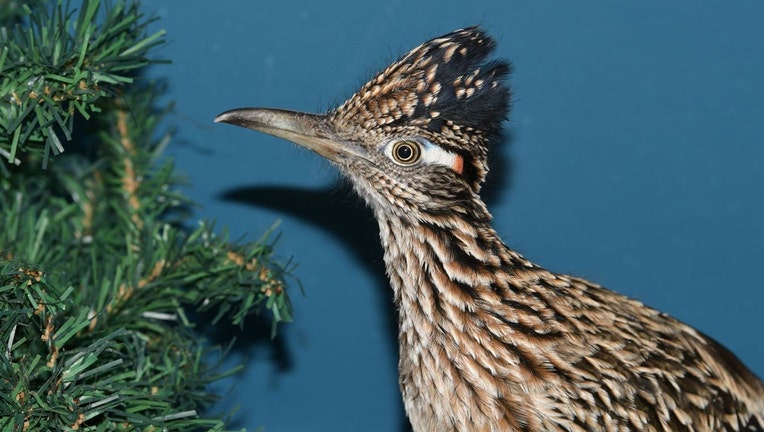 FREEDOM, Maine - A wayward roadrunner is on the mend in Maine after traveling across the country in a moving van.

The greater roadrunner, a species native to the Southwest United States, hitched a ride in the storage area of a moving van that a man drove from Las Vegas to Westbrook, Maine, with his son, according to Avian Haven, a bird rehabilitation facility in Maine.

In a Facebook post, Avian Haven said it deployed Portland-area volunteer Karen Silverman to meet the man and his son, Gary and Brian, respectively, on Nov. 13.

"Brian discovered the bird hiding in a front storage area of the van," Avian Haven said. "He flushed the roadrunner out into the back of the vehicle, where Karen handily netted the bird."

Volunteers then brought the bird to the rehab facility to be checked out.

"The roadrunner was in remarkably good shape for having been confined in the van for four days, leading us to wonder if perhaps some food items had also stowed away," Avian Haven said. Our first priority yesterday afternoon was stabilization and provisioning."

The center said the bird was "eating well" by the end of the day.

Diane Winn, Avian Haven's executive director, said the goal is to return the roadrunner to Nevada once it is healthy enough.

The center has created a special habitat for the bird that is warmer than its typical outdoor areas while also being sufficiently roomy, the group said.

Greater roadrunners, which are members of the cuckoo family, can hit 25 mph while running on the ground and can also fly short distances, according to the National Wildlife Federation.

Although they aren't listed as endangered, greater roadrunners are protected under the Migratory Bird Treaty Act.