Democrats Ritchie Torres and Mondaire Jones will be the first openly gay Black men in Congress.&nbsp;

NEW YORK - A young Bronx Democrat will be among the first openly gay Black members of Congress, voters in New York decided Tuesday as they cast their final votes in an election held amid a pandemic and a national debate over racial injustice.

He defeated Republican Patrick Delices in the race to succeed U.S. Rep. Jose Serrano, who is retiring. The congressional district Torres will represent is one of the poorest in the nation.

The Democratic councilman who represents the Bronx says he will self-isolate for 14 days and has instructed his staff to do the same.

“It’s overwhelming,” Torres told The Associated Press shortly after his victory. “I never thought as a poor kid from the Bronx ... that I would embark on a journey that would take me from public housing in the Bronx to the House of Representatives.”

“It’s deeply gratifying to be part of a new generation of leadership that is every bit as diverse and dynamic as America itself,” Torres said. 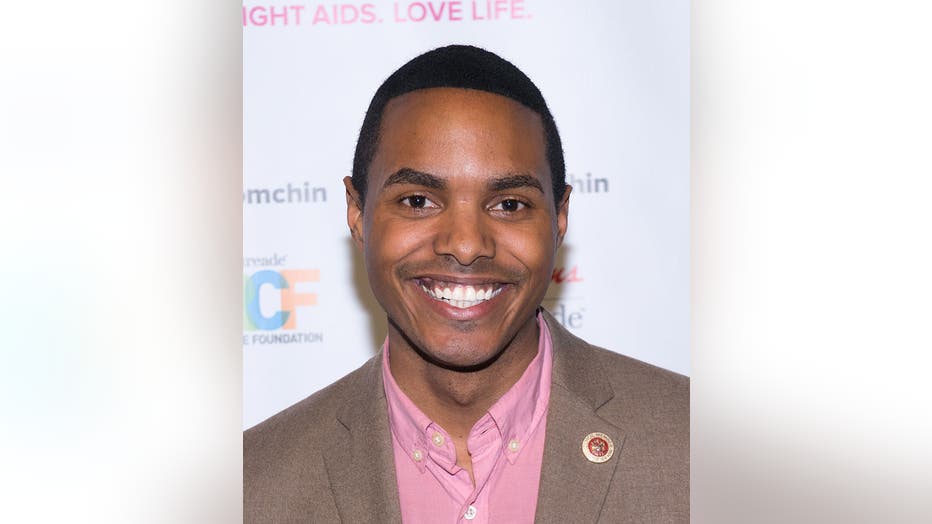 Jones, a 33-year-old lawyer who ran with the backing of progressives including U.S. Sen. Bernie Sanders and U.S. Rep. Alexandria Ocasio-Cortez, won a close race with Republican Maureen McArdle Schulman in a district that includes all of Rockland County and part of Westchester County.

He will succeed U.S. Rep. Nita Lowey, a Democrat who is retiring.

Openly gay white people have served in Congress since the 1980s, as well as at least one Black congresswoman who chose not to speak publicly about her sexuality, the late U.S. Rep. Barbara Jordan, of Texas.

The first openly gay person to represent New York in Congress, U.S. Rep. Sean Patrick Maloney, was seeking a fifth term in a race against Republican Chele Farley in the suburbs north of New York City. That race was among several too tough to call early Wednesday.

New Yorkers also chose Democrat Joe Biden for president and were awaiting results in many other state legislative and congressional races, some of which remained tough to call into the early morning hours Wednesday.

Biden’s victory in New York over Republican President Donald Trump was widely expected and was called by The Associated Press shortly after the polls closed at 9 p.m. The former vice president takes the state's 29 Electoral College votes.

The national race for president remains undecided in an election where in-person campaigning was limited and volunteers in many places couldn’t go door-to-door to get out the vote.

In other New York races, New York state Republicans were trying to seize back seats in the congressional delegation that the party lost two years ago. Democrats, meanwhile, have hopes of winning a two-thirds supermajority in the state Senate, which could move the state further to the left.

More than 3.7 million votes, a record, were cast in New York before the polls even opened on Election Day. That includes more than 2.5 million ballots from early voting and at least 1.2 million absentee ballots, according to the state Board of Elections.

Winners in some New York congressional contests in the state's June primary were not declared for weeks because of the volume of absentee ballots cast as voters stayed home to avoid potential risks connected to the coronavirus pandemic.

Similar waits for results were expected in close races for several New York House seats, including some that flipped from the Republican to the Democratic column in 2018 — and that Republicans have been hoping to flip back.

First-term Democrat Max Rose was in a tough fight in a battleground district that includes all of Staten Island and a slice of Brooklyn. Early returns showed him trailing Republican challenger Nicole Malliotakis, a member of the state Assembly who unsuccessfully ran for mayor in 2017.

The Associated Press has not yet called a winner in the race, but Malliotakis declared victory a little over an hour after polls closed.

“I need to thank President Trump for his strong support and endorsement,” she told cheering supporters. “Today Staten Island and Southern Brooklyn sent a loud and clear message. And that message will resonate from the halls of City Hall to the halls of Congress.”

Rose said it was too early to declare a winner.

It was unclear whether freshman U.S. Rep. Anthony Brindisi would survive a challenge in central New York from former U.S. Rep. Claudia Tenney, the Republican he beat to get his seat two years ago.

U.S. Rep. Alexandria Ocasio-Cortez was reelected to a second term, easily defeating Republican John Cummings, a teacher and former police officer who spent more than $8.5 million trying to unseat her.

In her first term, Ocasio-Cortez, 31, has become one of the most beloved figures on the American left and among the most hated on the right, demonized frequently by conservative talk show hosts as the socialist future of the Democratic Party.

She was a lead sponsor of the Green New Deal and has been a force in trying to move Democrats further to the left on issues like universal health care, the minimum wage and immigration enforcement.

Jamaal Bowman, an antiestablishment liberal who ousted a long-term incumbent in the Democratic primary, was elected to Congress representing parts of Westchester County and the Bronx.

Bowman set the stage for his election victory with a decisive primary win over U.S. Rep. Eliot Engel, chairman of the House Foreign Affairs Committee. Engel has been in Congress since 1989.

During the campaign, Bowman spoke about growing up Black in public housing, being beaten by police officers at age 11, becoming a teacher and then a principal deeply involved in education reform.

"I’m feeling humbled and just ready to get to work,” Bowman told The AP. “I feel confident in my ability to do this part of the job, because, you know, being a middle-school principal, I don’t know if there’s a job tougher than that. Maybe kindergarten teacher.”

Meanwhile, in state legislative races, Democrats were seeking veto-proof supermajority in the state Senate two years after they won control of the chamber for the first time in decades.

Democrats hold 40 seats in the 63-seat Senate. They need only two more to achieve a two-thirds supermajority. The party already holds a supermajority in the state Assembly.

The consolidation of Democratic control in both houses could alter the balance of power between the Legislature and Gov. Andrew Cuomo, a moderate Democrat who would be unable to veto progressive legislation affecting taxes, law enforcement and other issues.