How COVID-19 vaccine makers would adapt to new variants

New coronavirus variants have cropped up in the U.S.and vaccine makers are readying themselves in case regulators call for changes to their recipe.

ABBOTT PARK, Ill. - Researchers have found a rare group of people with naturally-controlled HIV in Africa, which could help pave the way for future treatments and potentially a cure in the form of a vaccine.

A study of more than 10,000 people identified the "unusually high number" of people in the Democratic Republic of Congo (DRC) in Central Africa. The team of scientists found that the prevalence of HIV "elite controllers" was 2.7% - 4.3% in the DRC, compared to a 0.1% - 2% prevalence worldwide.

Individuals in this rare group tested positive for HIV antibodies, but had low to non-detectable viral load counts — without the use of antiretroviral treatment, researchers said.

The findings were shared Tuesday in an announcement by health care and diagnostics company Abbott, which participated in the research alongside scientists from Johns Hopkins University, the National Institute of Allergy and Infectious Diseases, the University of Missouri-Kansas City and the Université Protestante au Congo.

The findings were published in the Lancet’s EBioMedicine. 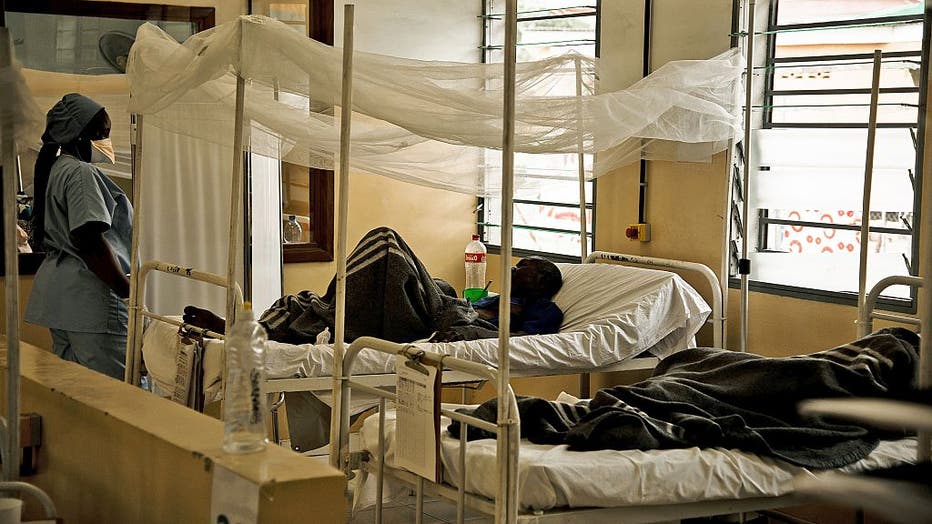 FILE - People are treated at the Medecins Sans Frontieres HIV centre in the town of Lingala, Democratic Republic of Congo, on Nov. 30, 2015. (Photo: JUNIOR D.KANNAH/AFP via Getty Images)

"The finding of a large group of HIV elite controllers in the DRC is significant considering that HIV is a life-long, chronic condition that typically progresses over time," said one of the study authors, Dr. Tom Quinn.

Quinn serves as director of Johns Hopkins Center for Global Health and chief of the International HIV/AIDS Research Section of the National Institute of Allergy and Infectious Diseases at the NIH.

"There have been rare instances of the infection not progressing in individuals prior to this study, but this high frequency is unusual and suggests there is something interesting happening at a physiological level in the DRC that's not random," he added.

HIV, which stands for human immunodeficiency virus, weakens a person’s immune system by destroying important cells that fight disease and infection. There is currently no effective cure for HIV but it can be controlled with proper medical care, including antiretroviral therapy, the U.S. Centers for Disease Control and Prevention states on its website.

Scientists said the findings will help to fuel additional studies that look to understand the unique immune response among this group. Findings from the study could also lead researchers closer to their goal of ending the HIV epidemic by discovering links between the body’s natural virus suppression and future treatments.

Since the onset of the global HIV epidemic, 76 million people have been infected with HIV and 38 million are living with the virus today, researchers said. The Congo region is home to the oldest-known HIV strains.

The Abbott Laboratories test is used daily at the White House to test Trump and key members of his staff.

Abbott, which has developed several COVID-19 tests approved for emergency use by the FDA, also developed the first FDA-approved test to screen blood donors for exposure to HIV in 1985.

Researchers at the company discovered a new strain of HIV in 2019.