NEW YORK - Brooklyn-based 'Hot Boy' rapper Bobby Shmurda, who shot to fame thanks to a music video that popularized the "Shmoney dance," was released from a New York State prison Tuesday morning.

The NYS Department of Corrections website lists Shmurda as "released" from the Clinton Correctional Facility in Dannemora. He will reportedly be under community supervision until his sentence is completed on Feb. 23, 2026.

The 26-year-old performer out of East Flatbush had previously called the case a sham. Fellow rapper Quavo picked him up in a private jet. He posted a video of Shmurda getting off the plane with the caption: "Did Six And Didn’t Switch Welcome Home!". 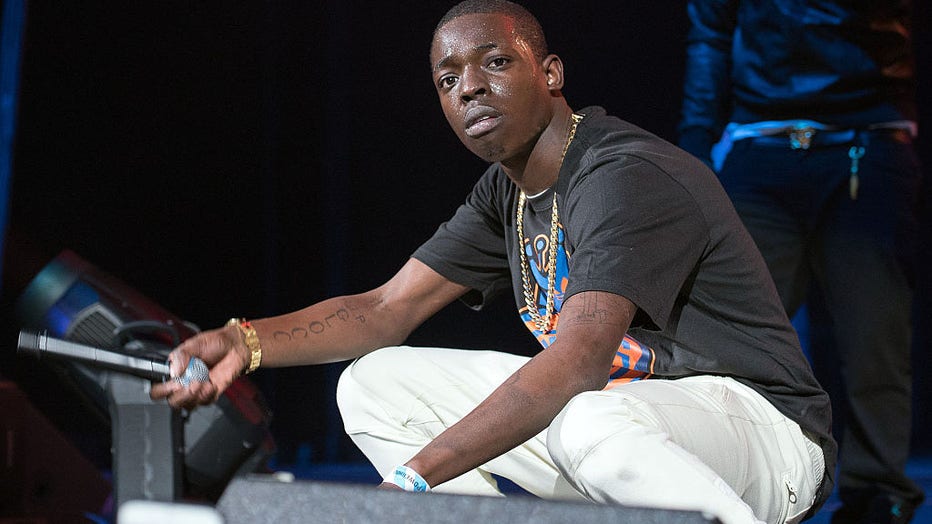 Shmurda, whose birth name is Ackquille Pollard, was best known for "Hot Boy," a gritty song with rhymes about gunplay. He gained notoriety with his performance in the "Shmoney Dance" video, which had millions of YouTube views.

Authorities arrested Shmurda in late 2014 after he left a recording studio near Radio City Music Hall, only days after he performed "Hot Boy" for a national television audience on "Jimmy Kimmel Live." Investigators found two handguns and a small amount of crack cocaine in a car in which he was riding, authorities said.

An indictment charged Shmurda and more than 15 defendants with a variety of crimes including murder, attempted murder, assault, and drug dealing. Shootings by the gang left one rival dead, injured an innocent bystander sitting on a folding chair outside a Brooklyn home and caused pandemonium outside a nightclub in Miami Beach, Florida, authorities said.

The court papers alleged that Shmurda once fired a gun toward a crowd of people outside a barbershop in Brooklyn. They also said he was present during a confrontation between rival drug gangs outside a Brooklyn courthouse where shots were fired in 2015.

Shmurda was sentenced to seven years in prison in 2016 but was eligible for early release based on the time he had served before pleading guilty and for good behavior in prison. A plea deal had allowed him to avoid going to trial on multiple counts carrying penalties that could have put him behind bars for decades.