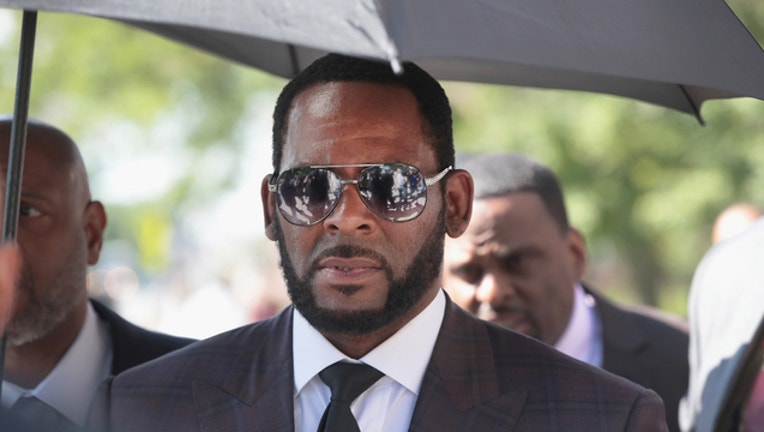 CHICAGO (AP) - A federal judge in Chicago Wednesday barred attorneys from divulging new evidence in R. Kelly's child pornography case, saying he wants to ensure the celebrity case is tried in court, not in the media.

The R&B singer's attorneys objected to Judge Harry Leinenweber's protective order, complaining it would unfairly muzzle them as Kelly's accusers appeared on TV shows and documentaries characterizing the evidence.

"They are all giving their version of the facts. ... We should be able to respond," said one of Kelly's lawyers, Michael Leonard. "They are putting (evidence) in the public domain and tainting the jury pool."

Prosecutor Angel Krull disputed the portrayal of witnesses speaking widely in public, saying only one of five accusers spoke in the Lifetime documentary, "Surviving R. Kelly," that earlier this year helped renew interest in allegations levelled at Kelly for decades.

More generally, she said that "the vast majority of our evidence has never seen the light of day" and should be held from public scrutiny until trial.

Kelly, 52, is jailed in the case on charges that also include coercing minors to engage in sex. Marshals are transporting him to New York for a Friday arraignment on related charges, and he faces similar Illinois charges brought by Cook County prosecutors. Kelly, who didn't attend Wednesday's hearing in Chicago, has denied any wrongdoing.

Leinenweber's order isn't a gag on all public comments by lawyers. For now, they simply can't speak about evidence not yet released publicly. He told defense lawyers Wednesday that they can always come back to court and ask him for permission to speak publicly on new evidence if Kelly's accusers or their spokesmen comment on it first.

The judge also said he'd like to aim for an April 2020 trial. He said he'd fix a date during the next status hearing on Sept. 4.