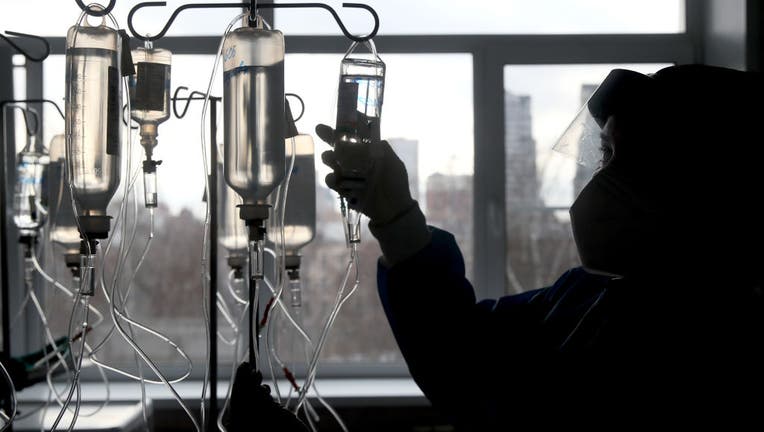 MONTREAL - Dr. Eugene Bereza calls it the "nightmare scenario": the possibility doctors in Quebec will have to implement a government protocol to decide who is admitted to intensive care and who will die.

Bereza, a professor of medicine and ethics consultant at the McGill University Health Centre, reacted Tuesday to recent news that the province's hospitals could start using the protocol in a matter of weeks.

"We never anticipated this would happen to us in Quebec, or Canada, in a non-war context," Bereza said in an interview Tuesday.

Health officials on Tuesday said the number of hospitalizations linked to the virus rose by 61, to 1,497, and 221 people were in intensive care, a rise of 10.

While triage protocols aren't new, doctors and nurses are used to doing everything they can to help each individual patient, Bereza said, adding, "an extreme pandemic turns that completely upside down." If the protocol is implemented, the focus instead becomes saving as many lives as possible, with the available resources.

"Nobody's going to be happy implementing this, we're all going to be traumatized by it," Bereza said. "The reason we're doing it is because we think it's going to accomplish more good. It's the lesser of several evils."

The concern in Quebec, Bereza said, is less about the number of beds or ventilators and more about having enough staff to care for patients with COVID-19. Quebec's protocol instructs hospitals to begin preparing when intensive care units reach 150 percent capacity and to implement the protocol when they reach 200 percent.

The protocol is intended to prioritize patients with the best chance of surviving and could see patients who don't improve — or whose condition worsens — discharged from the ICU and taken off life support. Patients who may require a ventilator for a long period of time could also receive a lower priority.

The document stresses that decisions cannot be made in a discriminatory manner or based on the "social value" of any individual's life. A three-member committee, consisting of two doctors and one person who is not a doctor, is tasked with making the decision. Members aren't provided with the patient's name, only their date of birth and their prognosis.

In certain circumstances, younger people will be prioritized over older people and in some situations, when everything is equal, the decision will be random.

Quebec is reported 1,934 new cases of COVID-19 Tuesday and 47 more deaths attributed to the novel coronavirus, including 13 within the preceding 24 hours. It's the second day in a row — and the third day since Dec. 17 — Quebec has reported fewer than 2,000 new infections.

The areas with the most new cases were Montreal and its northern suburb of Laval, which reported 597 cases and 268 cases, respectively.

Health officials say they administered 7,058 doses of vaccine Monday, for a total of 99,510. They say no one in Quebec has so far received a second dose of vaccine. Quebec has reported 232,624 cases of COVID-19 and 8,782 deaths linked to the virus since the beginning of the pandemic.

This report by The Canadian Press was first published Jan. 12, 2021.

This story was produced with the financial assistance of the Facebook and Canadian Press News Fellowship.