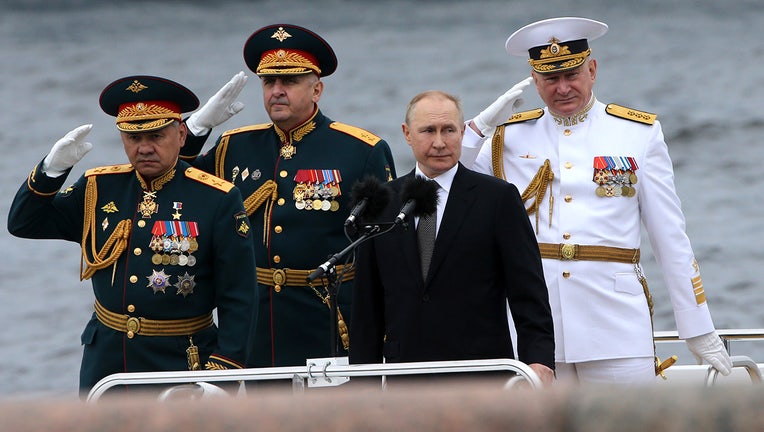 MOSCOW - Russian President Vladimir Putin on Monday vowed to expand military cooperation with the country’s allies, noting that Moscow is ready to offer them its most advanced weapons.

Speaking at the opening of an annual arms show outside Moscow that caters to foreign customers, Putin said that Russia’s arms exports play an important role in the development of a "multipolar word," the term used by the Kremlin to describe its efforts to offset what it perceives as U.S. global domination.

Putin hailed the Russian military’s action in Ukraine, which has triggered massive Western sanctions, and thanked Moscow’s allies for their support.

"We highly appreciate that we have many allies, partners and people who share our thinking on various continents," he said.

RELATED: US pledges $1 billion in rockets, other arms for Ukraine

Putin, whose invasion of Ukraine has been widely condemned as a breach of international law, said leaders of Moscow's allies "choose a sovereign, independent course of development and want to collectively solve the issues of global and regional security on the basis of international law, shared responsibility and mutual interests, thus contributing to upholding multipolar world."

Putin didn’t name any country in particular, but noted that "Russia sincerely values its historically strong, friendly and trusting relations with countries of Latin America, Asia and Africa."

"We are ready to offer our allies and partners the most advanced types of weapons: from firearms, armor and artillery to warplanes and drones." the Russian leader said.