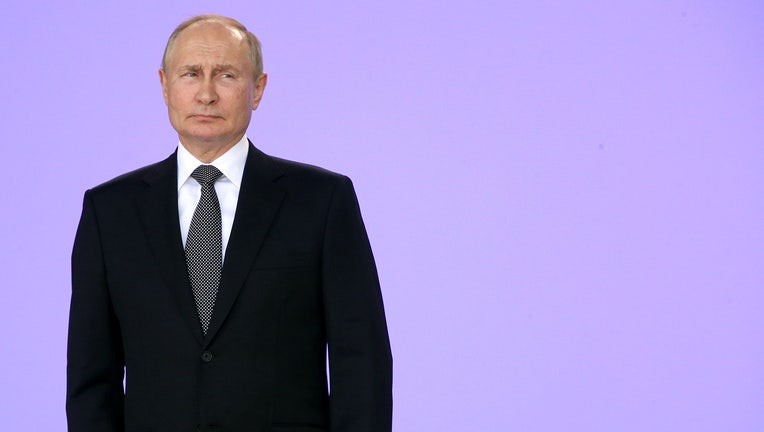 Russian President Vladimir Putin seen during the opening ceremony of the International Military Technical Forum 'Army 2022', on August,15, 2022, in Kubinka, outside of Moscow, Russia. (Photo by Contributor/Getty Images)

The Russian government announced this week it is bringing back a Soviet-era honorary title and financial reward bestowed upon Russian women who have 10 or more children.

In a decree this week that Russian President Vladimir Putin signed, it was announced that the title of "Mother Heroine" will again be awarded to Russian women who "birth and raise" 10 Russian citizens.

The title will come with a reward of 1 million Russian Rubles, equating to roughly $16,645 in U.S. dollars, once the tenth child turns one year of age. Recipients will also earn a five-pointed golden star medal, the decree states.

The "Mother Heroine" title comes with certain caveats, such as requiring all children to be alive on the tenth child’s first birthday unless they were killed serving in the military, civic service or a terrorist attack.

Additionally, the children have to be well taken care of and receive the "appropriate level of care for health, education, physical, spiritual and moral development."

Russia began awarding the "Mother Heroine" to mothers in 1944 and continued to do so until 1991, when the Soviet Union collapsed. 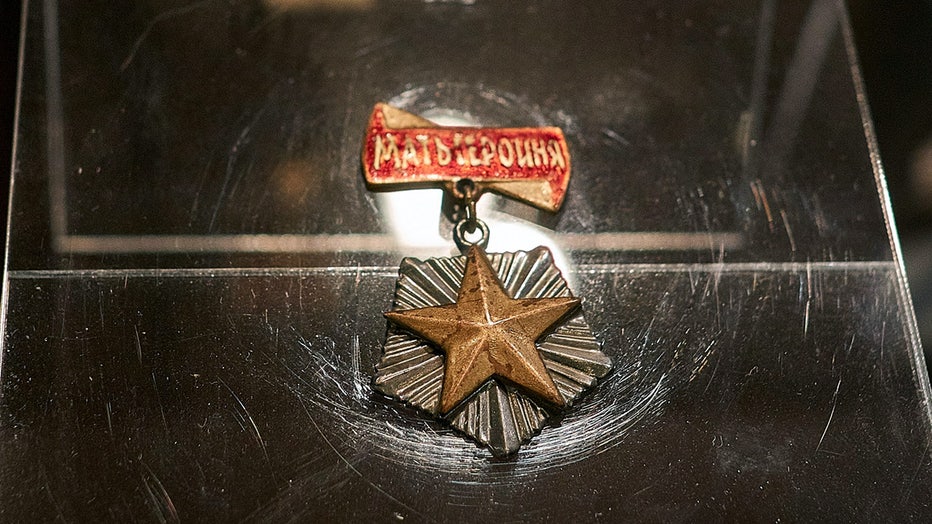 A Soviet Order Mother Heroine medal seen on display during a visit to the Voronezh Diorama Museum. (Photo by Mihail Siergiejevicz/SOPA Images/LightRocket via Getty Images)

Russia has been facing a worsening population decline in recent years, which has been exacerbated by heavy casualties from its invasion of Ukraine, migration out of Russia and a low birth rate.

PUTIN FURIOUS OVER US 'HEGEMONY,' SAYS END OF 'UNIPOLAR WORLD ORDER' IS ON THE HORIZON

The working-age population has decreased in terms of percentage of the overall population every year since 2010, United Nations data shows.

Rebekah Koffler, a former U.S. DIA intelligence officer focused on Russia and the author of "Putin's Playbook: Russia's Secret Plan to Defeat America," told Fox News Digital that she remembers the "Mother Heroine" title as a young girl growing up in Russia as part of the country's plan over the years to "replenish the population lost during World War II, the famine and Stalin’s purges."

"Putin is reviving this Soviet-era tactic to offset the impact of his war on Ukraine, in which thousands of young child-producing age men are dying," Koffler said. "But the truth is no rational young woman will have 10 children in Russia. First, the economic conditions don’t allow this, there’s no culture of having so many children. Since religion was outlawed in the USSR, the religious groups, like Catholics, who would otherwise have many children, do not."

Koffler explained that Putin introduced a similar push in 2007 when he declared a National Conception Day and gave workers a holiday and day off the next day in order for couples to conceive.

"None of these methods have fully resolved the demographic crisis in Russia, where the total fertility rate is 1.824 births per woman, which is below the replacement level of 2.2," Koffler said.

LINK: Get more on this story from FOXnews.com