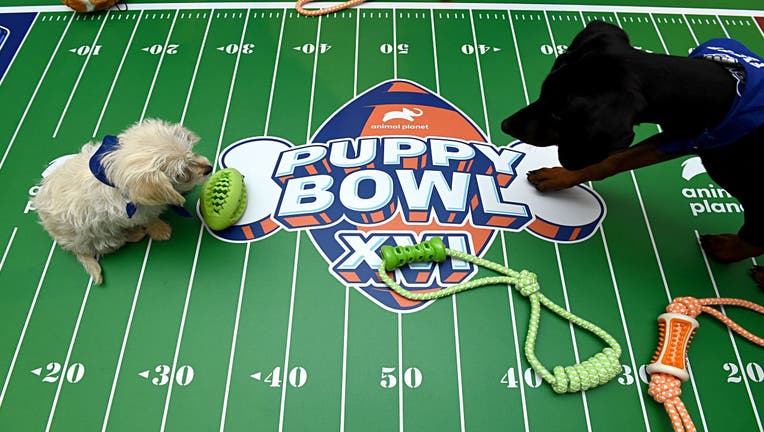 Even a pandemic can’t stop one of the cutest days on television.

The Puppy Bowl will be back on screens this year, Discovery announced this week.

The three-hour, 17th annual event -- which encourages people to adopt the adorable, furry participants -- will air on Animal Planet and stream on the network’s new platform, Discovery+, starting at 2 p.m. ET on Super Bowl Sunday, Feb. 7.

During the Puppy Bowl, 70 puppies on Team Ruff and Team Fluff -- from 22 shelters and rescues -- will compete to win the "Lombarkey" trophy.

The event will showcase "how each dog’s breed mix might give them an advantage on the field," the announcement said.

It will also feature "adoptable puppy cheerleaders" on the sidelines for the first time.

The Humane Society of Westchester has spent two years fundraising, planning, and building a new shelter. And despite the challenges of the pandemic, the shelter is nearing completion.

"Fan-favorite elements, including slow-motion replays, nose-to-nose action from the famous water bowl cam, and aerial shots of the field from the brand-new TEMPTATIONS Sky Box are all back this year, along with epic drone shots of puppy players across the arena that bring audiences as close as possible to all the game-play action," the announcement said.

The event will also have its traditional kitten halftime show.

"Puppy Bowl celebrates adoptable pups in all their cuteness and showcases the incredible shelters and rescues, as well as their staffers, who dedicate their lives to helping animals find their loving homes," the announcement said.

For the last 16 years, all puppies and kittens featured on the Puppy Bowl show have found new homes, giving the event a 100% adoption rate.