People were trapped on the FDR Drive during rush hour on Monday morning when protesters blocked the road. Drivers who could not get to work were visibly angry.

A group of protesters got out and started a demonstration near Houston Street on FDR Drive.  They sat across the road and attached themselves together.

Some drivers got out of their cars and started yelling at the protesters, frustrated that they couldn't get to their job.

Another woman was upset because she couldn't get her daughter to school.

The NYPD eventually showed up but they didn't remove the protesters right away.

At one point a man on a motorcycle decided to try to go around the protest on the shoulder but he was threatened with arrest by an NYPD officer.

Finally, officers and took away 13protesters in handcuffs but the damage was done as far as traffic went.

Some people said that it took them 4 hours to get to work.

Another protest went on at the same time on the West Side Highway on the other side of Manhattan.  Police made 32 arrests at that protest.

The protesters are calling for at least $150B in spending on environmental projects. 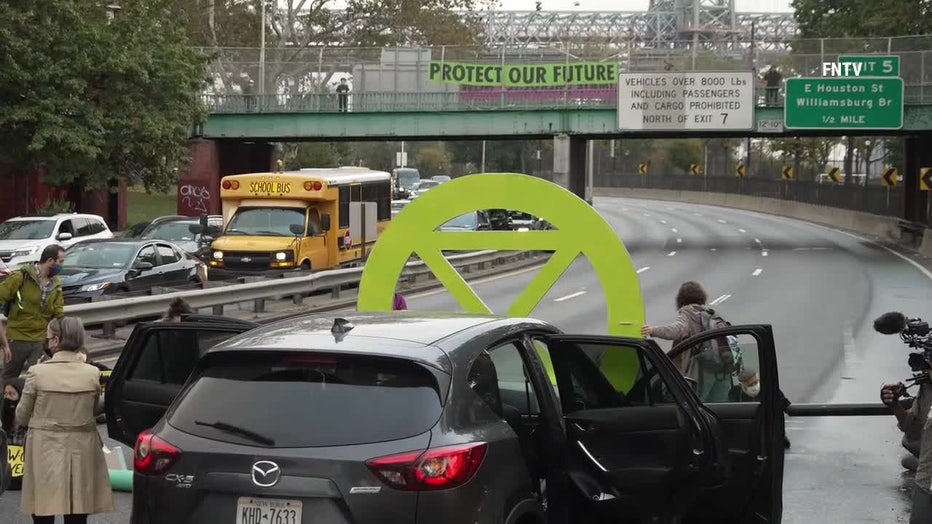 Demonstrators blocked the northbound lanes of the FDR on Monday. 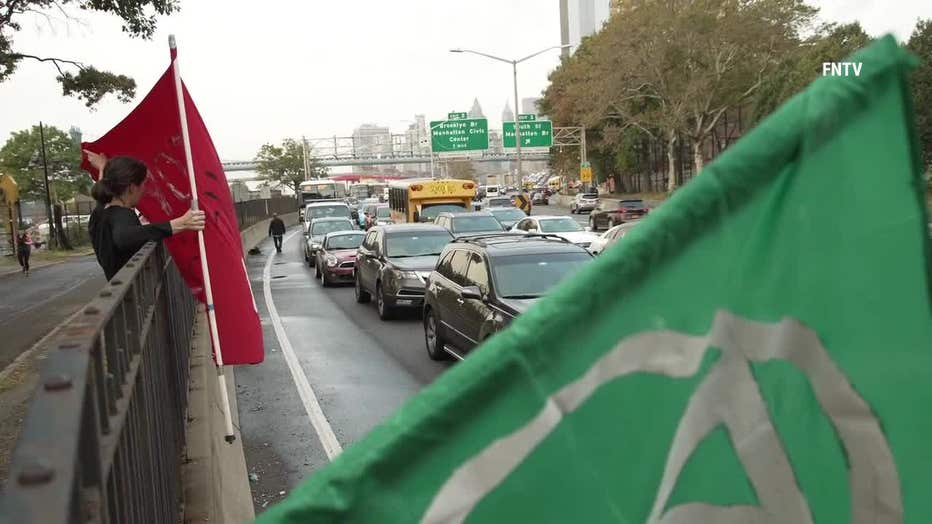 Cars were unable to move because of the protest. 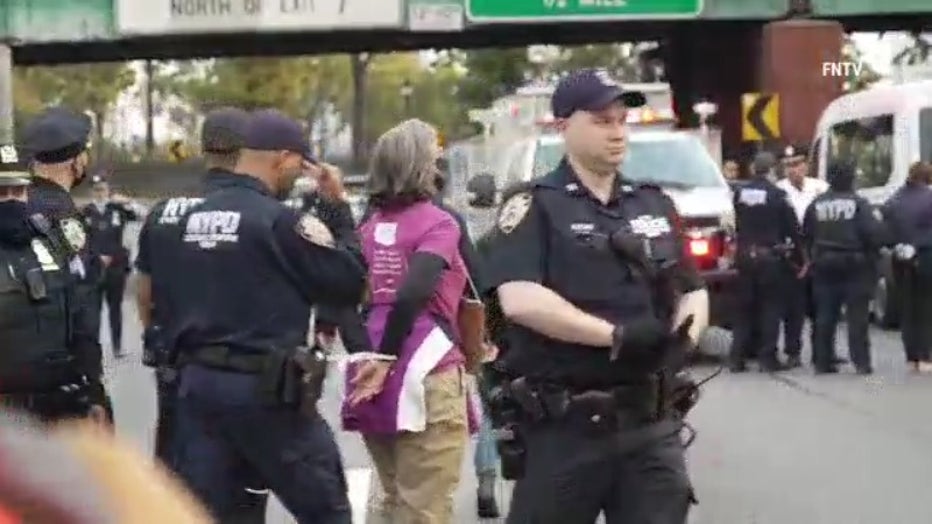 A woman is arrested during a protest in Manhattan on Monday. 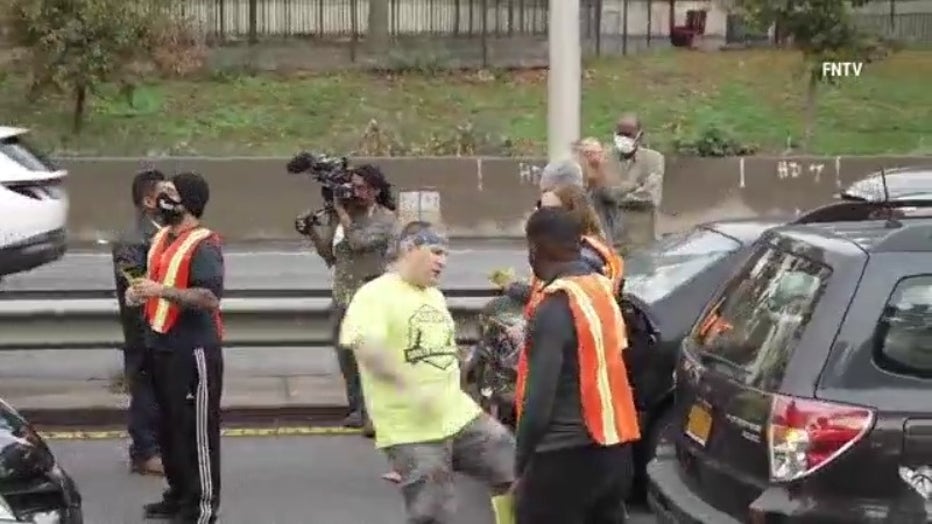 An angry driver kicks a traffic cone one of the protesters put on the FDR. 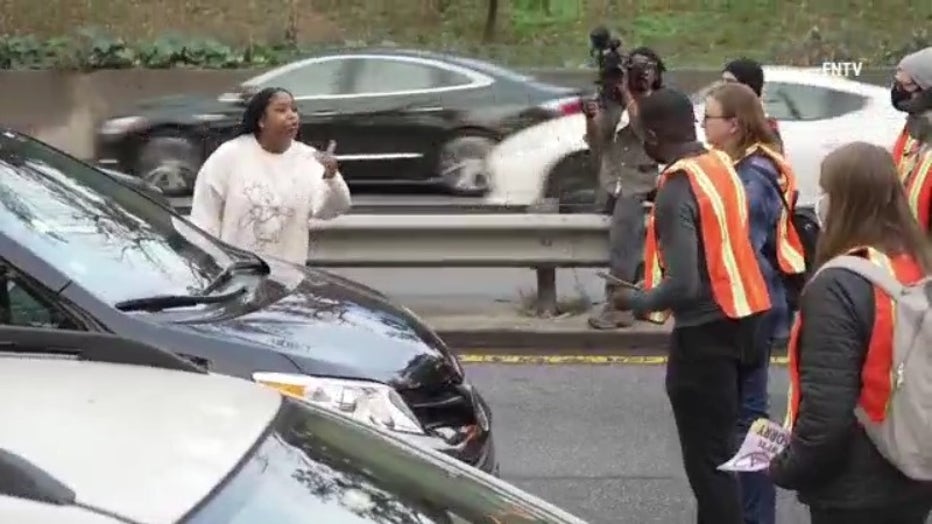 A woman who could not get her daughter to school yells at protesters. 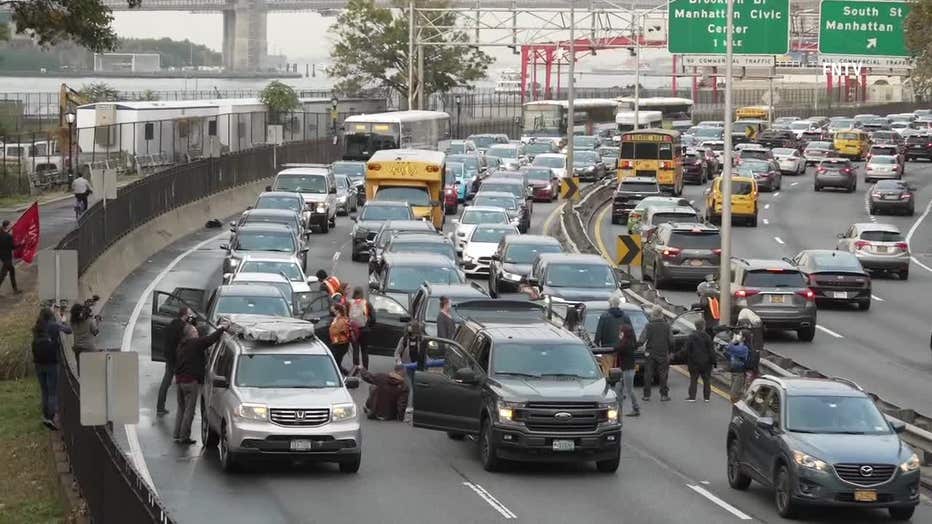 A line of cars and busses came to a stop when protesters blocked the FDR on Monday morning.