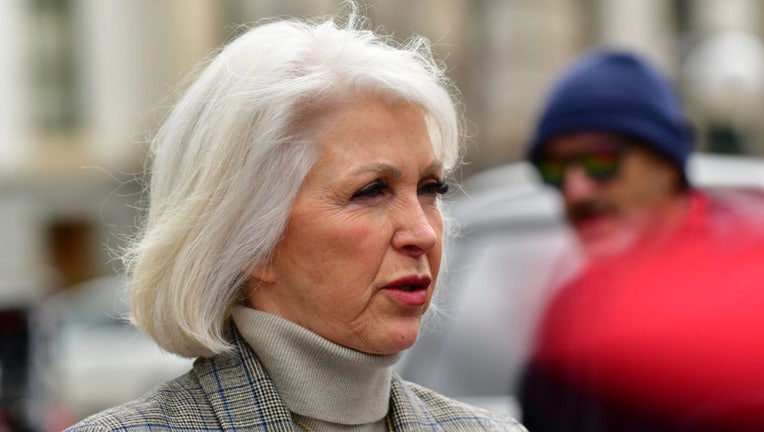 DENVER - Prosecutors in a western Colorado county said Thursday they found no evidence of tampering in the 2020 presidential election as alleged by a clerk who has become a prominent voice among those promoting former President Donald Trump’s false claims of a stolen election.

The Mesa County District Attorney’s Office presented its findings to county commissioners after investigating claims by Clerk Tina Peters, who is under indictment for providing unauthorized access to county voting equipment, a breach that led to a public release of sensitive information.

Peters, who is running for the Republican nomination to become the state’s chief election official, had issued a report in March claiming to have found evidence of "potentially unauthorized and illegal manipulation of tabulated vote data" during the 2020 presidential election and 2021 city elections.

During a public meeting Thursday, District Attorney Daniel P. Rubinstein provided a detailed rebuttal of the allegations, utilizing video from inside the clerk's office during the elections to show that workers followed proper protocols. For instance, time-stamped video of election workers loading ballots before reviewing them was normal and not evidence of someone suspiciously pre-loading batches of ballots before the election.

There was "extensive evidence" that Peters' conclusions were false and no proof found of outside election interference, Rubinstein wrote in a summary to commissioners.

Peters was elected in 2018 to oversee elections in the heavily Republican county near the Utah border. She was charged in March with seven felony and three misdemeanor counts, including attempting to influence a public servant, criminal impersonation and first-degree official misconduct.

The indictment alleges that Peters along with her deputy clerk were part of a "deceptive scheme which was designed to influence public servants, breach security protocols, exceed permissible access to voting equipment, and set in motion the eventual distribution of confidential information to unauthorized people."

Peters has denied the charges, calling them politically motivated.

Rubinstein noted that his investigators had attempted to speak with Peters, key office personnel and the authors of the report, but were unsuccessful. He said they relied on "video evidence, corroboration of records, audit of randomly selected ballot images, interviews with witnesses and experts, and recreation of the certain scenarios using a test election environment."

Peters did not immediately respond to attempts to reach her for comment. One of her attorneys, Randy Corporon, declined to comment because he had not had a chance to review the findings yet.

One of the major claims in Peters' report was that separate election-related databases were created during the 2020 general election and then again in the 2021 municipal election. It said that interviews with office workers determined this could not have been caused by human actions.

Rubinstein, however, said office video showed election workers encountering problems in both elections and said investigators had determined that an office manager had restarted a key process, which triggered the creation of a second database both times. No evidence showed an incomplete or improper vote count, according to the investigation.

He noted that none of the office workers interviewed by his investigators said they had been contacted by the authors of Peters' report.

The Colorado County Clerks Association said such allegations by "election deniers" were based on misunderstandings about how elections work and false conclusions drawn from them.

"It’s unfortunate that bad actors are trying to use their own misunderstanding of our systems to cast doubt on our elections with these amateur reports," the association's executive director, Matt Crane, said in a statement on the investigation's findings.

Because of the allegations related to the security breach, Peters was not allowed to oversee last year’s election and a judge recently ruled that she cannot supervise this year’s primary or midterm elections.

Despite that, Peters is campaigning to become the official responsible for elections throughout the state, seeking the Republican nomination to challenge incumbent Secretary of State Jena Griswold, a Democrat. She announced her plan to run on the podcast of former Trump adviser Steve Bannon shortly before she was indicted.

She joins a group of Republican candidates this year who are seeking to oversee elections in their state while questioning the results of the 2020 presidential election — despite no evidence of widespread fraud or a coordinated scheme to manipulate voting machines. Experts have expressed concern that candidates who don’t have faith in elections increase the risk of insider attacks or interference with vote counting and certification.

State election officials first became aware of a security breach in Mesa County last summer when a photo and video of confidential voting system passwords were posted on social media and a conservative website.

Because each Colorado county has unique passwords maintained by the state, officials identified them as belonging to Mesa County, which Trump won in the 2020 presidential election with nearly 63% of the vote. President Joe Biden won Colorado overall with 55.4% of the state’s vote.

In August 2021, Peters appeared onstage at a "cybersymposium" hosted by MyPillow CEO Mike Lindell, who has promoted Trump’s false election claims and promised to reveal proof of that during the event.

While no evidence was provided, a copy of Mesa County’s voting system hard drive was distributed and posted online, according to attendees and state officials.

The copy included proprietary software developed by Dominion Voting Systems that is used by election offices around the country. Experts have described the unauthorized release as serious, saying it provided a potential "practice environment" that would allow anyone to probe for vulnerabilities that could be exploited during a future election.

Peters has previously said she had no knowledge of how the copy came to be distributed and declined to say who was with her when the copy was made.