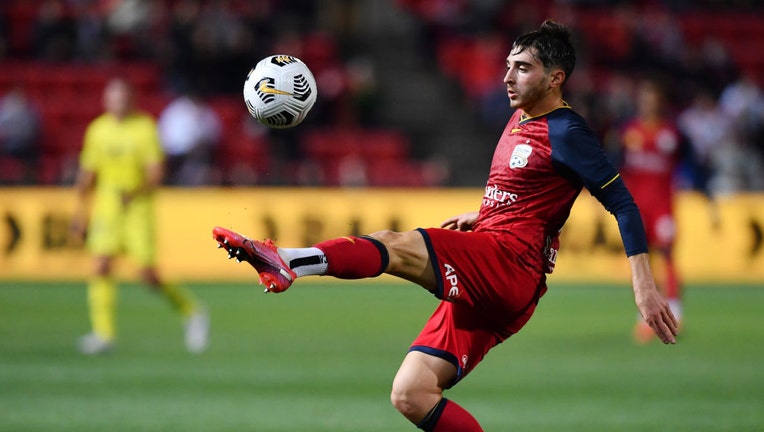 ADELAIDE, AUSTRALIA - MAY 07: Joshua Cavallo of Adelaide United during the A-League match between Adelaide United and Wellington Phoenix at Coopers Stadium, on May 07, 2021, in Adelaide, Australia. (Photo by Mark Brake/Getty Images)

Saying he was "tired" of living a double life, the 32-year-old midfielder for Adelaide United exhaled deeply before addressing the camera.

"I am a footballer and I am gay," said Cavallo.

"All I want to do is play football and be treated equally. I am tired of trying to perform at the best of your ability and to live this double life, is exhausting. It's something I don't want anyone to experience."

In the nearly three-minute clip, Cavallo says since coming out to loved ones, friends, and teammates has been "incredible."

"The response and support I have received is immense. It's starting to make me think, why have I been hiding this burden for so long."

The announcement has been viewed more than four million times since it was posted on Tuesday.

"You were meant to be yourself, not someone else," said Cavallo.

In 2018, Minnesota United midfielder Collin Martin publicly came out as gay. The 23-year-old was the only openly gay male athlete active in any of the U.S.'s five major professional sports leagues, reported ESPN.