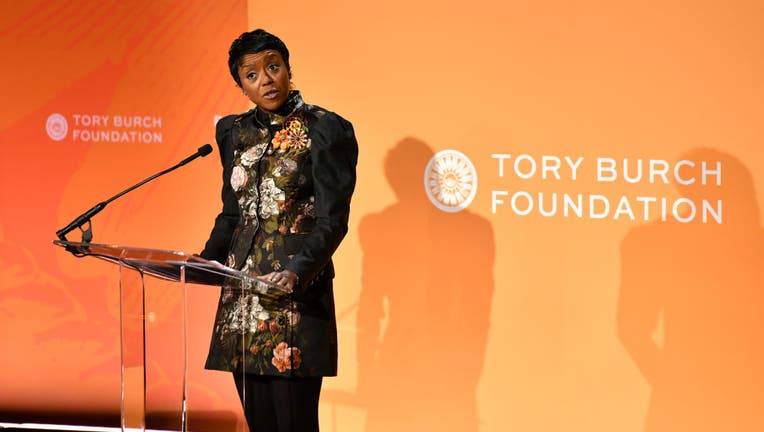 PRINCETON, N.J. (AP) - The residential hall at Princeton that was named for Woodrow Wilson will be rebuilt and named for a Black woman who is an alumna of the school and a donor.

Mellody Hobson graduated from Princeton in 1991 and now will be the first Black woman whose name is on a Princeton residential college, the dorms where freshmen live, the Ivy League school said in a statement.

Hobson is the co-CEO of Ariel Investments and gave an undisclosed seed donation to fund the reconstruction of the dorm, along with the Hobson/Lucas Family Foundation. Hobson is married to George Lucas of “Star Wars” fame.

Hobson said she was a first-generation college student from Chicago when she enrolled at Princeton and hopes that other Black and brown students will be reminded that they belong when they see her name on the building.

"When I was approached last year about this opportunity, I was most compelled by the symbolism of a Black woman replacing the name of someone who would have not supported my admission three decades ago," Hobson said in a video on the university's website announcing the donation.

In June, the university's board decided to remove Wilson's name from the public policy school and the residential college because of his racist views and support for segregation. Besides being a former U.S. president, Wilson led Princeton University for eight years and banned Black students from attending.

“Wilson’s racism was significant and consequential even by the standards of his own time,” current Princeton president Christopher Eisgruber said in June.

Hobson said she started as an intern at Ariel Investments in 1989 and rose to lead the company. She now serves on the boards of Starbucks and JPMorgan Chase, the university said, and on the leadership bodies of multiple foundations and nonprofit organizations.

The reconstruction of Hobson College is scheduled to begin in 2023, after two other new freshman dorms are completed, and the new residential college is expected to open by fall 2026. The new dorms are being built to accommodate a planned expansion of Princeton's student body.