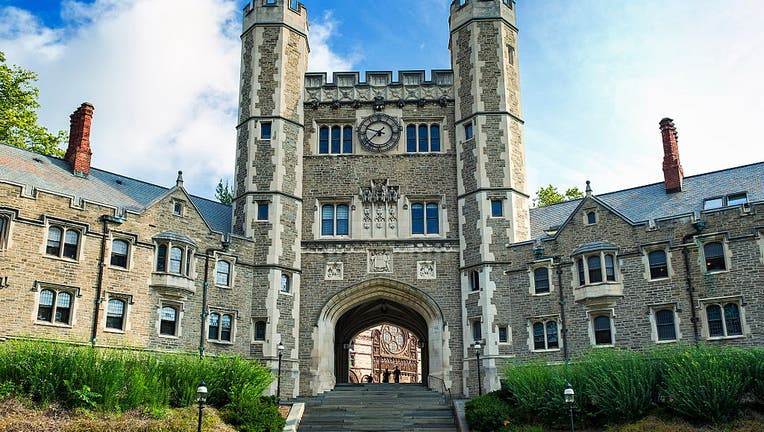 The Trump administration has opened an investigation into racial bias at Princeton University, saying that the school's recent acknowledgment of racism on campus amounts to a “shocking” and “serious” admission of discrimination.

In a letter to the university on Wednesday, the U.S. Education Department said the school's acknowledgment of racism conflicts with previous assurances that Princeton complies with federal anti-discrimination laws. It said that, in an open letter issued Sept. 2, the university's president “admitted Princeton’s educational program is and for decades has been racist."

The investigation is the Trump administration's latest salvo against schools and colleges that seek to address racism. Speaking in Washington on Thursday, President Donald Trump said U.S. schools and universities unfairly teach that America is a racist nation, an idea that he dismissed as “toxic propaganda.”

In June, Trump blasted Princeton on Twitter over its decision to remove former President Woodrow Wilson's name from the university's public policy school because of his segregationist views.

Princeton on Thursday said it's cooperating with the investigation and looks forward to showing that its actions have been consistent with federal law, and “also with the highest ideals and aspirations of this country.”

“It is unfortunate that the Department appears to believe that grappling honestly with the nation’s history and the current effects of systemic racism runs afoul of existing law,” the university said in a statement.

The department cited several passages in university President Christopher Eisgruber's letter detailing efforts to combat systematic racism. It raised concerns over his acknowledgment that racism persists at Princeton “as in our society," and his acknowledgment that racist assumptions from the past “remain embedded in structures" of the university.

Eisgruber's message was issued in response to the deaths of George Floyd, Breonna Taylor and other Black Americans whose killings by police sparked nationwide protests this summer. The letter announced new efforts to expand the diversity of Princeton's faculty and to explore an educational program for students who come from communities that are disproportionately affected by racism.

The Trump administration has increasingly sought to intervene with elite universities and their policies around race. The Justice Department announced in August that a two-year investigation at Yale University revealed illegal discrimination against Asian American and white applicants. The department is supporting a lawsuit making similar claims of bias at Harvard University.

During a speech at the National Archives on Thursday, Trump decried efforts to teach about systemic racism at schools and universities. He described such efforts as “anti-American propaganda” and “left-wing indoctrination," and he announced plans to establish a commission to promote “patriotic education” in schools.

The American Council on Education, an association of university presidents, said the Princeton investigation is a politically motivated effort to rally Trump's base during election season. But it also appears to be intended to discourage other universities from confronting racism, said Terry Hartle, the group's senior vice president.

“We should applaud and welcome those efforts, not attempt to strangle them,” he said. “Princeton has adequate resources to fight the federal government. Most universities do not.”

As protests spread across the U.S. this summer, dozens of universities sought to address legacies of racism from the past, along with persistent racial inequality on campus. Many schools removed Confederate symbols on campus and statues of figures tied to slavery and discrimination. Some colleges are offering new classes on racism or hosting campus discussions.

Even before this summer's protests, many universities had been publicly confronting their ties to slavery. A website at Princeton explores the school's involvement in slavery, noting, as an example, that five of the university's presidents owned enslaved people. Harvard and the University of Virginia have undertaken similar projects.

Princeton, which was founded in 1746, is now one of the wealthiest universities in the U.S., with an endowment valued at more than $26 billion.

In its letter to Princeton, the Education Department suggested that the school may not have been eligible for more than $75 million in federal funding that it received since 2013, when Eisgruber became president. That funding was dependent on Princeton's compliance with nondiscrimination laws, the letter said, and the agency will now consider measures to “recover funds" or impose fines.

The letter demands a wide range of records related Princeton's policies around race, saying they must be provided within 21 days: “The serious, even shocking nature of Princeton’s admissions compel the Department to move with all appropriate speed."