Prince Louis stole the show during the Queen's Jubilee flyover Thursday after he was seen covering his ears and acting out other child-like cuteness.

Prince Louis, 4, covered his ears a few times during the fly-past on the balcony of Buckingham Palace during Queen Elizabeth II's Platinum Jubilee celebration on Thursday.

Louis watched the fly-past by modern and historic Royal Air Force planes in honor of his great-grandmother Queen Elizabeth II who is marking her 70 years on the throne.

On the balcony with Louis, were his grandfather Prince Charles, his father Prince William, his mother Catherine, Duchess of Cambridge, and siblings Princess Charlotte, 7, and Prince George, 8. 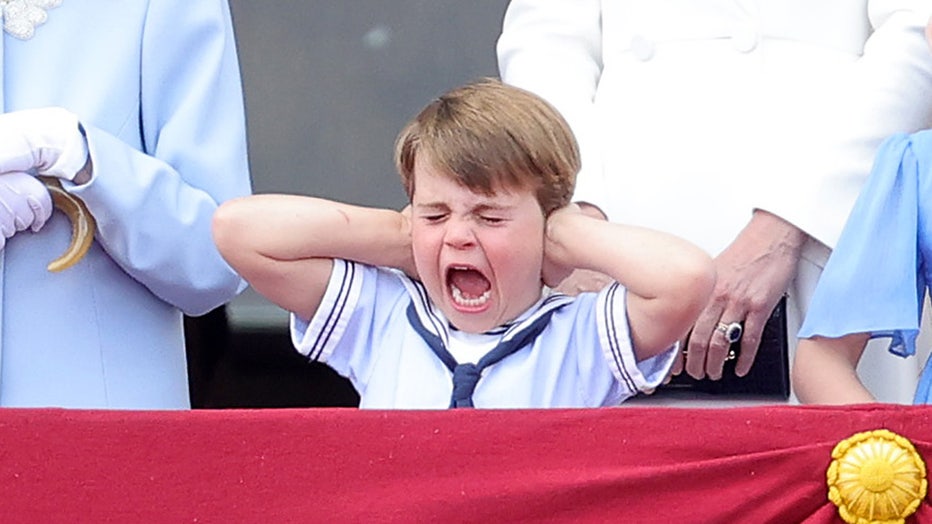 The queen waved to cheering crowds massed outside the palace in central London as Britain kicked off four days of pomp, parties and parades to celebrate her record-breaking time on the British throne.

Millions of people across Britain and the world were expected to join street parties and watch the festivities in honor of the 96-year-old queen.

People had fun with the moment on social media.