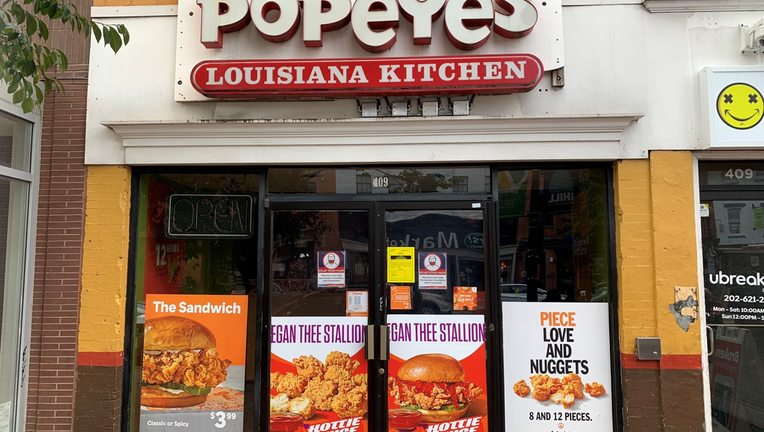 The Popeyes restaurant at 409 8th St. SE near Eastern Market is shut down after a viral video showed rats in the kitchen. (FOX 5 DC / Ama Arthur-Asmah).

WASHINGTON - A Popeyes restaurant near DC's Eastern Market is shut down for health code violations after a viral video this month showed rats in the kitchen.

A notice posted on the front door of the fast food restaurant at 409 8th St. SE shows officials shut down the restaurant Thursday, a little more than two weeks after the video was posted to TikTok.

In the video, a man who says he delivers raw chicken to area Popeyes restaurants takes viewers inside the Eastern Market location, where several rats are scurrying in the kitchen.

"You still love that chicken from Popeyes?" The man says, mocking the company's jingle.

The video has been shared hundreds of times since being posted Oct. 11. FOX 5 DC has reached out to the man who posted the video for comment.