The NYPD wants to find the suspects who assaulted a man aboard a bus in the Bronx.

NEW YORK - The NYPD is on the hunt for two men who assaulted a bus passenger in the Olinville section of the Bronx.

The suspects boarded a BX30 bus on Jan. 15 at about 7:46 p.m. at East Gun HIll Road and White Plains Road. One of the suspects bumped into a 50-year-old passenger, according to cops, which sparked an argument. The suspects then began punching the victim multiple times.

The victim, reportedly a leg amputee, appeared to have a cane and crutches. The suspects fled at Boston Road and Bruner Avenue.

The victim, who suffered pain and swelling to his face, was treated at the scene by EMS and later sought medical attention at Montefiore Medical Center. 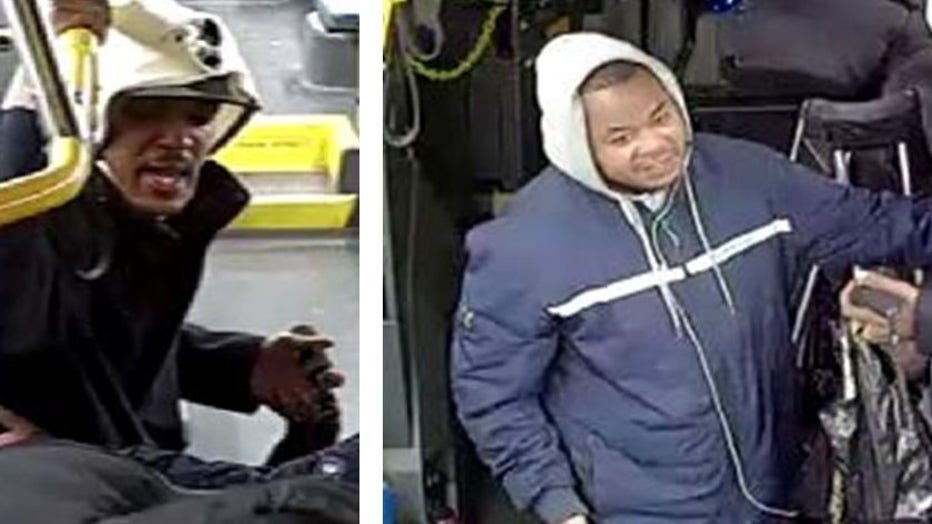 The NYPD want to find the men who assaulted another man aboard an MTA bus in the Bronx. (NYPD)