NEW YORK - New York City police detectives have arrested a suspect in connection with the death of a 10-year-old boy in Queens.

Police Commissioner Dermot Shea said an argument broke out over the shared driveway during a barbeque on the day of the shooting. Shea said the dispute over the driveway was an ongoing issue.

Young is accused of coming back and opening fire in front of the home on Beach 45th Street in the Rockaways on Saturday evening. Justin Wallace, 10, and his 29-year-old uncle were hit, police said.

RELATED: NYPD and ATF team up to combat illegal guns

EMS rushed Wallace to Saint John's Episcopal Hospital but it was too late to save his life.

Friends and family described Wallace as a "math wiz" who loved to play with his dog.

Police arrested a suspect in the shooting of a 10-year-old boy in Queens.

On Monday, Mayor Bill de Blasio denounced the killing and called the shooter a "cowardly, horrible human being."

"The pain that Justin's parents are feeling right now, no parent should ever go through that. No one should ever experience that," de Blasio said at his Monday news conference. "Every parent — and I'm going to speak as a parent myself — fears constantly deep down that we might not follow the way it's supposed to in life. You're supposed to see your children live their lives out, and you're supposed to leave this earth ahead of them." 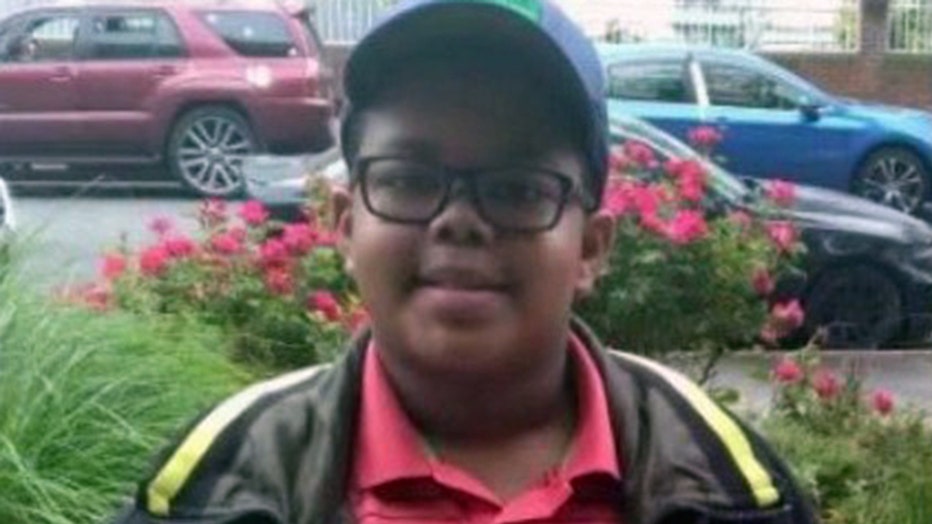