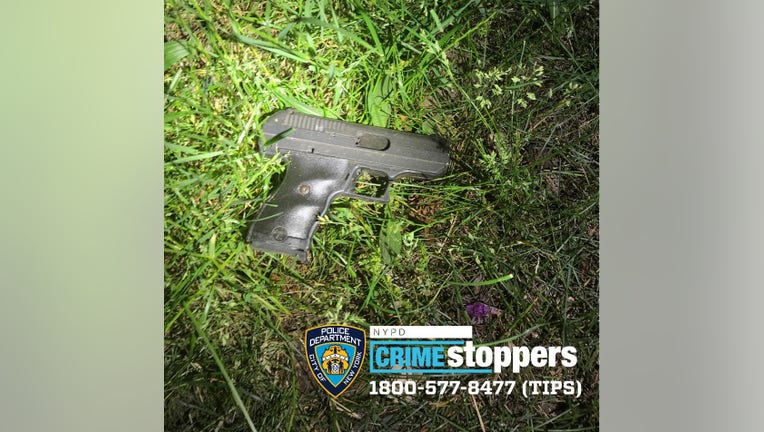 NEW YORK - The NYPD and the ATF, a federal agency within the U.S. Department of Justice, are teaming up to fight the rising tide of gun violence in New York City. The mayor called this partnership a "gamechanger."

"This is the first time in this country that the ATF has partnered with a local police department in this manner. And it means we're going to have ATF agents directly embedded in the NYPD, working together to find guns and quickly act on the information that they find to stop the flow of guns," Mayor Bill de Blasio said at an announcement on Tuesday. "It takes information, it takes partnership. It takes the ability to quickly act, that can only happen when the federal government and the NYPD are working, literally, side-by-side here in New York City."

The task force is referred to as a Crime Gun Intelligence Center, or CGIC. Its goal will be to get the most dangerous criminals and weapons off city streets as quickly as possible.

"The CGIC, as we at ATF refer to it, utilizes evidence-based technology to provide law enforcement professionals many unique tools to enhance and build upon our constantly evolving gun violence reduction strategies," Special Agent in Charge John DeVito said at the mayor's announcement.

NYPD Deputy Commissioner John Miller said a seamless flow of information about gun trafficking will help police and federal agents get to the source of the weapons.

"It allows us to get to the sources of those guns, where are they coming from, where are the states, what are the outlets, who are the licensed firearm dealers," Miller said. "It helps us identify the traffickers, their routes coming into the city."

The mayor said working with the ATF will be crucial in the effort to make the city safer.

"Everyone agrees, the number-one issue is guns, getting the guns off our streets," de Blasio said. "And we all know that the proliferation of guns during the pandemic was unprecedented and troubling, and, therefore, we have to double down on getting guns off our streets."