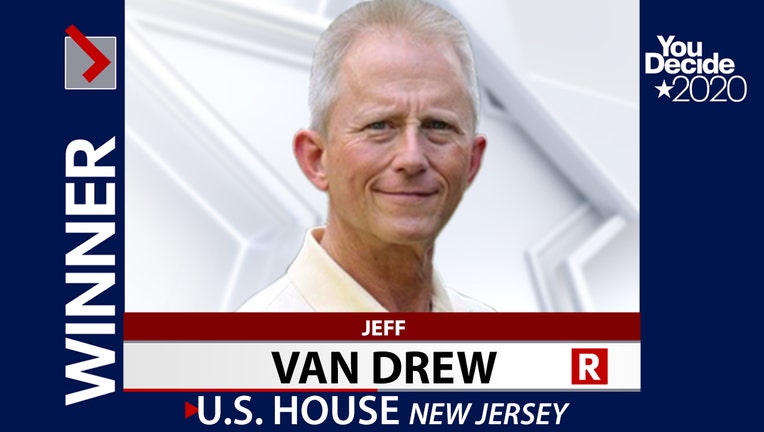 Van Drew gained national attention when he switched parties after voting against the articles of impeachment as a Democrat and later pronounced his "undying support" for President Donald Trump.

Voters in New Jersey's 2nd Congressional District, which covers a large southern portion of the state, originally elected Van Drew as a liberal candidate opposite Republican Seth Grossman in 2018.

Kennedy, a career school teacher and mother of five, picked up endorsements from former President Barack Obama and Democratic presidential nominee Joe Biden during her first dive into politics. Kennedy ran on a campaign dedicated to fighting for affordable healthcare and easing the financial burdens of the current economic crisis.

Meanwhile, Van Drew promised an upswing in economic opportunity and job creation throughout South Jersey during his campaign. In a state with some of the highest taxes in the county, Van Drew also vowed to bring financial relief to the middle-class and uphold medicare and social security.