Students at Oxford High School are still trying to find out how to move on from their own tragedy and the Uvalde shooting is bringing back memories from the Nov. 30th shooting. On Thursday, they staged a silent 30 minute protest in support of Uvalde, Texas students.

OXFORD, Mich. (FOX 2) - It's been two days since there was another school shooting in the United States, this time in Uvalde, Texas. On Thursday, high school students at the last one before it marched out of school in support of the victims and to raise awareness about keeping students safe.

Students walked out of Oxford High School at noon on Thursday and marched through the campus and onto the team's football field. There, they formed a massive circle around the O at midfield.

They then turned the O into a giant U for Uvalde.

Four students were killed inside Oxford High School on Nov. 30. As the city and school recovered and tried to heal, more shootings have taken place.

Most recently, at an elementary school in Uvalde, Texas, where 19 children and two teachers were murdered by an 18-year-old man who was then killed by police. 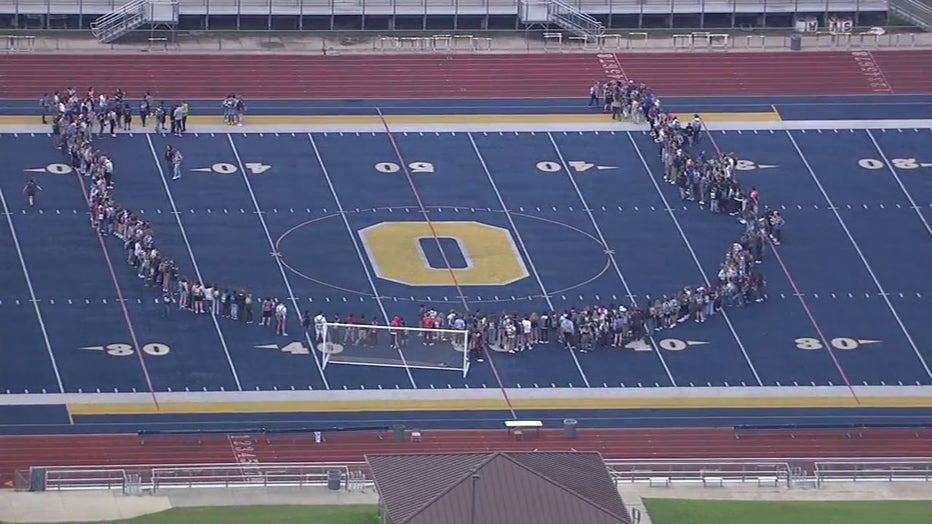 Oxford students walked out at the high school and formed a U on the football field in support of Uvalde, Texas, students.