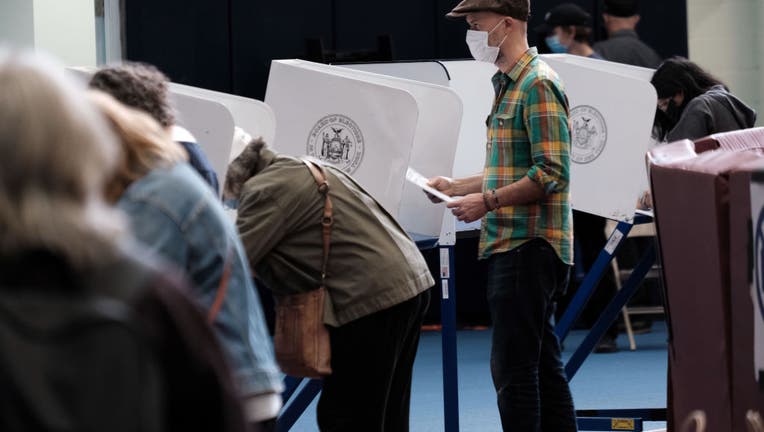 People visit an early voting site at a YMCA in Brooklyn on October 25, 2021 in New York City. (Photo by Spencer Platt/Getty Images)

NEW YORK - Sunday was the final day of early voting in New York and New Jersey, and according to the New York City Board of Elections, more than 160,000 New Yorkers have cast a ballot.

So far, 169,879 early votes have been cast in the city, according to the Board of Elections, with Manhattan leading the five boroughs with 47,928 early votes cast.

New Yorkers will decide who will replace Bill de Blasio as the city's new mayor on Tuesday, with Democrat Eric Adams taking on Republican Curtis Sliwa.

Meanwhile, in New Jersey, Democratic incumbent Phil Murphy is facing off against Republican challenger Jack Ciattarelli in the race for governor of the state.

Democratic mayoral candidate Eric Adams spoke with Good Day NY about why he graded Mayor Bill de Blasio a B+ when asked to grade the mayor during the second debate with Curtis Sliwa.

The Republican mayoral candidate slammed challenger Eric Adams with only days left before the election.