As the price of gas continues to skyrocket, calls for help from people who’ve run out of fuel are on the rise, too.

AAA, the nation’s largest motor club, told FOX Television Stations that it responded to more than 200,000 out-of-gas calls from January - April, up from 153,668 at the same time last year. In April alone, AAA received 50,787 calls from stranded drivers. But industry experts caution that high gas prices may not be directly to blame for more people running out of gas.

In 2019, AAA responded to 205,549 out-of-gas calls from January - April, a sign that current traffic volumes have returned to pre-pandemic levels.

"We believe what we’re seeing with the 2022 numbers is more of a return to normal than anything else, and not necessarily a direct correlation to an increase in fuel prices," a spokesperson said.

RELATED: Pain at the pump: Gas costs nearly $10 a gallon at this California station

AAA said the nationwide average for regular on Thursday was $4.97 a gallon, up a quarter in just the last week and $1.90 more than drivers were paying a year ago. GasBuddy, a service that helps drivers find deals on gas, said the average surpassed $5 for the first time ever.

California has the highest average price, at $6.40 a gallon, according to AAA. Several other Western states and Illinois are higher than $5.50. The lowest average is in Georgia, at $4.41. 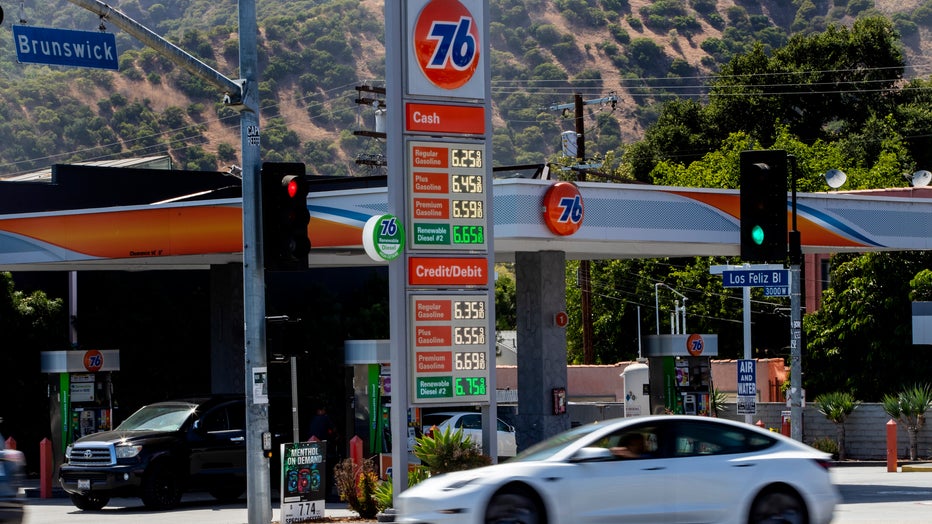 Fears of short supplies are being compounded by demand, which usually picks up around Memorial Day at the end of May — the unofficial start of summer and vacation trips in the U.S.

Analysts expect prices will keep rising until they get so high that demand falls — nobody knows exactly when or where that might be. In the meantime, any unexpected refinery shutdowns — for example, from a hurricane along the Texas and Louisiana Gulf Coast — could send prices spiraling higher.

"I'm afraid we're not at the end of the road yet," said GasBuddy analyst Patrick De Haan. "We have very little margin for error this summer. We need every barrel of refining capacity we can get."

Research by the Bank of America Institute, which uses anonymous data from millions of their customers’ credit and debit card accounts, shows spending on gas eating up a larger share of consumers’ budgets and crowding out their ability to buy other items.

RELATED: Biden to speak at Port of Los Angeles as high inflation persists as threat

For lower-income households — defined as those with incomes below $50,000 — spending on gas reached nearly 10% of all spending on credit and debit cards in the last week of May, the institute said in a report this week. That’s up from about 7.5% in February, a steep increase in such a short period.

While the $5 mark on average is new, Americans paid more for gasoline back in July 2008, when inflation is factored in. The high of $4.11 a gallon then would be equal to about $5.40 a gallon today.