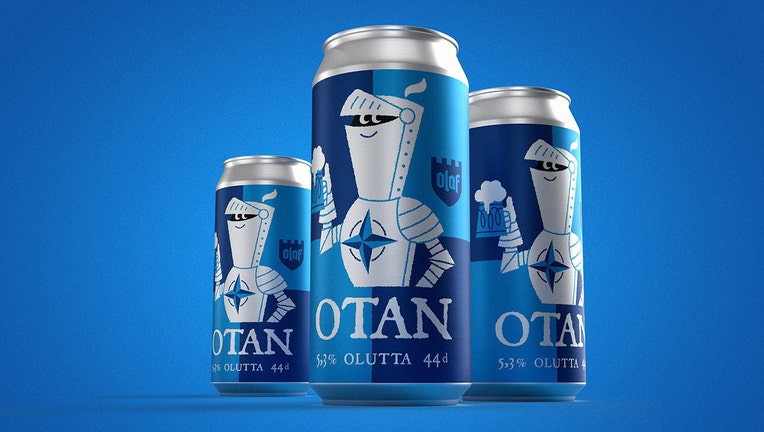 HELSINKI (AP) - A small brewery in Finland has launched a NATO-themed beer to mark the Nordic country's bid to join the Western military alliance.

The beer's name is a play on the Finnish expression "Otan olutta," which means "I'll have a beer," and the French abbreviation for NATO, which is "OTAN." The North Atlantic Treaty Organization has two official languages, English and French.

CEO Petteri Vanttinen told The Associated Press on Thursday that the craft brewery's ad hoc decision last weekend to start producing the beer was motivated by "worries over the war in Ukraine" and its consequences for Finland.

He described the new lager as having "a taste of security, with a hint of freedom."

Finland and Sweden on Wednesday submitted an application to join NATO at the alliance's headquarters in Brussels.

Savonlinna is known for St. Olaf's Castle, a medieval structure from 1475 that serves as a venue for an annual international opera festival.

"Our small hometown Savonlinna has always lied in the borderlands between East and West. Many battles have been fought in the town area and at St. Olafs Castle" the brewery said in a Twitter post.

Finland shares a 1,340-kilometer (830-mile) border with Russia, the longest of any European Union member.