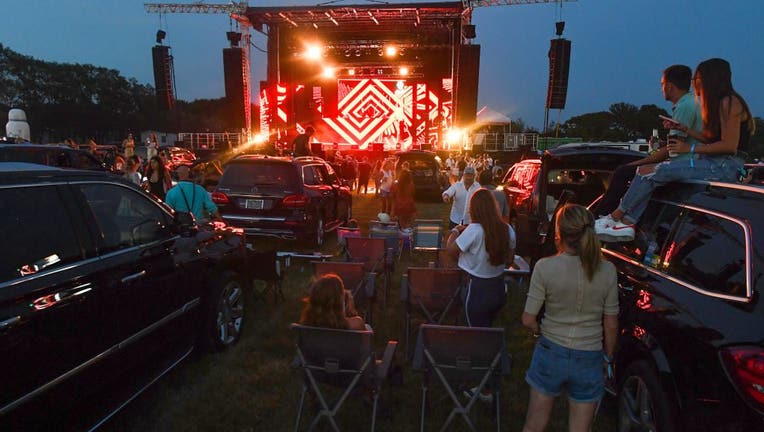 NEW YORK - The organizers of a crowded concert in the Hamptons headlined by The Chainsmokers will be fined $20,000 for violating New York’s social distancing protocols, Governor Andrew Cuomo announced Wednesday.

According to authorities, “In the Know Experiences,” a concert promoter, would be fined for holding a non-essential gathering and failing to enforce mask-wearing. The Town of Southampton will also no longer be permitted to approve permits for group gatherings without the approval of the state.

Cuomo said the concert promoter was charged with violating an Executive Order and Section 16 of the Public Health Law.

"As I said immediately following reports of this event, it was an egregious violation of the critical public health measures we have had in place since the beginning of this pandemic to protect New Yorkers from COVID-19," Governor Cuomo said. "We will continue to hold people and businesses accountable for their actions and the local governments must enforce the rules or else we will hold them accountable as well."

Controversial concert in the Hamptons

The governor of New York is angry that a permit was granted for an outdoor music event in Southampton.

The July concert in Water Mill drew over 2,000 people, exceeding the maximum number allowed by the permit the concert organizers had applied for. Called "Safe & Sound," the drive-in event was billed as observing social distancing and sold tickets for as much as $25,000 with all profits being donated to charity.

The event had promised to follow several measures to protect against COVID-19, but videos on social media showed large crowds of people mingling together, most without masks and ignoring social distancing guidelines.

"We have worked too hard throughout this pandemic to keep infection rates low utilizing proven public health measures, and we must ensure that they stay in place," said NY Department of Health Commissioner Dr. Howard Zucker. "If they do not, enforcement is always an option. We will take whatever measures we can to protect the public health of all New Yorkers."